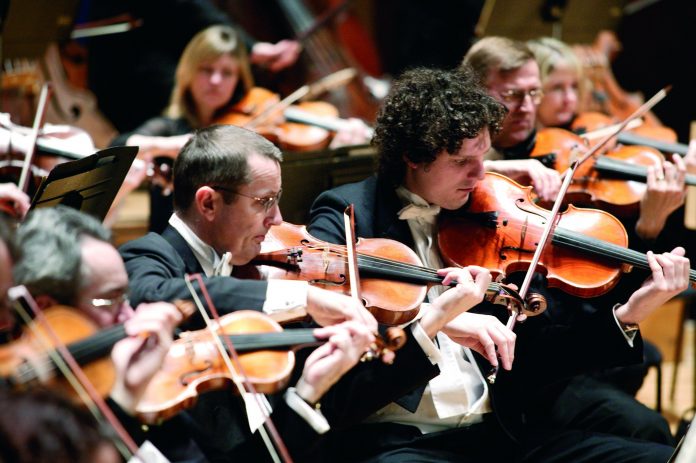 Step into 2020 with some excitingly unusual classical music concerts as Music at Oxford’s reputation for bold, adventurous programming continues during the second half of its 2019/20 season.

And there are some mouthwatering treats in store.

First up, on 7th February, there is a taste of Scandinavia when the Engegård Quartet from Norway makes its Oxford debut with a programme of Grieg and Sibelius – with a bit of Mozart thrown in for good measure.

Grieg’s String Quartet in G minor op.27 and Sibelius’s Voces Intimae op.56, both pillars of the Nordic chamber repertoire, feature on the Engegård’s highly acclaimed 2018 recording for the BIS label.

“They really understand this Nordic music and I’m really pleased that we’ve got them,” says Rebecca Dawson, MAO’s General Manager. “They’re superb players, so I’m really looking forward to this.”

A month later, vocal ensemble Tenebrae and the Aurora Orchestra are at the Sheldonian with Fauré’s sublime Requiem, which is paired with Bach’s Partita for Violin No.2 (with soloist Max Baillie) interspersed with Bach chorales. The performance runs for 75 minutes with no interval.

“This is a really interesting concept,” Rebecca feels. “They have done it before and it sold out at St John’s Smith Square in London. I think it is going to be really beautiful.”

Bach makes another brief appearance at the end of March in Bach and the Danes, in which one of Bach’s choral masterpieces, Der Geist hilft BWV 226, is contrasted with a selection of choral music from Denmark.

In another ‘first’, the Danish National Vocal Ensemble makes its Oxford debut for this concert, which also includes the UK premiere of MAY. DECAY by contemporary Danish composer Pelle Gudmundsen-Holmgreen.

“This is a bespoke programme just for Oxford,” explains Rebecca. “The Danish National Vocal Ensemble is part of Danish Radio, and it’s Denmark’s equivalent of the BBC Singers, so they’re all virtuoso singers in their own right.”

The programme ranges from Renaissance to contemporary, and includes songs that were written specifically for the Danish people to sing to encourage a love of Denmark and a sense of national pride.

“There was a whole movement among composers at one time to write these songs that the general public could sing,” Rebecca says. “They are not folk songs, but they are very beautiful, and all Danes know them, apparently! And of course Danish is a difficult language to speak and pronounce, so there’s no one better, really, than the Danes to sing it!

“There’s a lot of music largely from Denmark that doesn’t get heard here very often, so I think this will be really different and very interesting.”

The concert is being recorded for broadcast on Radio 3. The conductor is Marcus Creed, and there is a pre-concert talk by Professor Daniel Grimley from the Faculty of Music.

There’s a step back to early music in May with the English Cornett and Sackbut Ensemble in Bizarrium – a programme that really lives up to its name with a selection of quirky pieces that were written with the intention of baffling and delighting their audiences. There are both familiar and unfamiliar names among the composers featured, from Gabrieli, Tye and Byrd to Ferrabosco II.

“We’ve had the English Cornett and Sackbut Ensemble before and they’re just superb,” says Rebecca. “They’re often quite loud, so we’ve put them in the University Church because that’s a really good acoustic for this kind of thing.

“They call this programme a ‘cabinet of curiosities’ and it really is! I think it’s going to be so unusual and such a lot of fun and very jolly!”

No Music at Oxford season would be complete with a full symphony orchestra, and on 12th May the Royal Philharmonic Orchestra is at the Oxford Town Hall with some more Sibelius as well as pieces by Pärt and Britten.

The programme includes two of Sibelius’s most popular pieces, the evocative Finlandia and Symphony No.5 in E flat, op. 82, with Britten’s Serenade for Tenor, Horn and Strings, op.31 and Pärt’s Fratres for trombone, strings and percussion.

Wielding the baton is Estonian conductor Anu Tali, who studied at the Sibelius Academy and is fast becoming one of the most acclaimed conductors of her generation.

“She’s already a big name, so it’s a real treat to have her here in Oxford,” says Rebecca.

At the end of May comes Music at Oxford’s contribution to the Beethoven 250th birthday celebrations: a three-day mini festival of piano trios with the Phoenix Piano Trio. The festival takes place on 20th, 22nd and 24th May at the SJE.

The season’s grand finale features acclaimed ensemble La Serenissima, currently celebrating their 25th anniversary, with The Godfather – a selection of baroque music by the likes of Telemann, JS Bach, Vivaldi and others.

“We thought it would be great to finish with them,” says Rebecca. “They’re not entirely local but some of them live nearby, so I hope we’ve built up a bit of a following for them.” 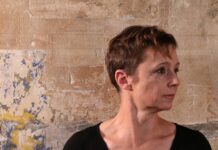 A LABOUR OF LOVE: Trinity College Chapel turns into a theatre this week as Oxford Theatre Guild’s Andromache opens in English