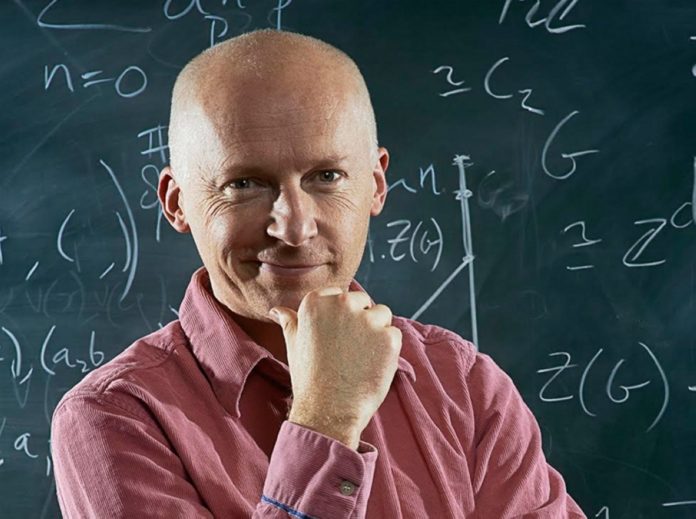 It is well known that music and maths are closely connected. To prove the point, the Oxford Philharmonic Orchestra is teaming up with Oxford University professor Marcus du Sautoy to present a concert that explores the maths behind the music.

Music and Maths is at the Sheldonian Theatre on October 17 and features Debussy’s Prélude à l’après-midi d’un faune, Stravinsky’s Symphony in three movements and Bartok’s Music for Strings, Percussion and Celesta, with Marios Papadopoulos conducting.

It’s the second time Marcus has collaborated with the Oxford Philharmonic in this way, and he is delighted to have been invited back to explore a subject he is clearly passionate about.

“Maths and music have a connection right back to Pythagoras,” he says. “He was the person that understood that the notes we listen to have a mathematical relationship and that seems to be what we’re responding to.

“We thought it would be interesting to take some pieces that would really explore this connection in some sort of depth, and perhaps help an audience to hear the maths that’s going on inside these pieces of music.”

Marcus decided to focus on well-known early 20thcentury composers who were pushing the boundaries in the way they used mathematical ideas in their music.

“The reason I chose the Debussy is because that really is the first piece that asks an audience to break away from the idea of the major and minor scale as the framework for opposition.

“With the opening chromatic motif on the flutes, he’s already saying there are twelve notes that we divide the octave into, so why only pick seven of those? And so it’s the beginning of freeing people up from previous structures.

“What we see is composers exploring different sort of scale structures, and putting these notes together in different ways. That’s what we see in the Stravinsky that I’ve chosen, and in the Bartok piece that ends the concert.”

Understanding the maths behind the music will, Marcus hopes, enhance the enjoyment of pieces that are sometimes seen as difficult and unapproachable.

“I think 20thcentury music can be quite hard, and sometimes you need a way in to listen to the music,” he acknowledges. “Although actually I think the pieces we’re doing are wonderfully accessible. The Debussy is a magical evocation of a really hot, summer afternoon. The Stravinsky I chose because it’s got quite a filmic quality to it, and the Bartok is just such a splendid piece.

“But even if you can easily access them simply by listening to them, I think the depth of understanding and appreciation is increased when you see the kind of ideas that these composers have been playing with.”

If this all sounds a bit academic, fear not. The concert promises to be a lively, enjoyable affair, in which the three pieces of music will be interspersed with insightful commentary and demonstrations from Marcus – including the use of a skipping rope! – and there will also be, he promises, “a little bit” of audience interaction.

“The first Music and Maths was apparently one of the fastest selling concerts in the orchestra’s history, so there’s clearly an appetite for going to a concert and having something a little extra to the music,” says Marcus. “It was a very exciting concert, and everyone came out buzzing.”

There can be little doubt that this second outing will be equally exciting. Be prepared to be fascinated, inspired and entertained.

Music and Maths is at the Sheldonian Theatre on Thursday October 17 at 7.30pm.