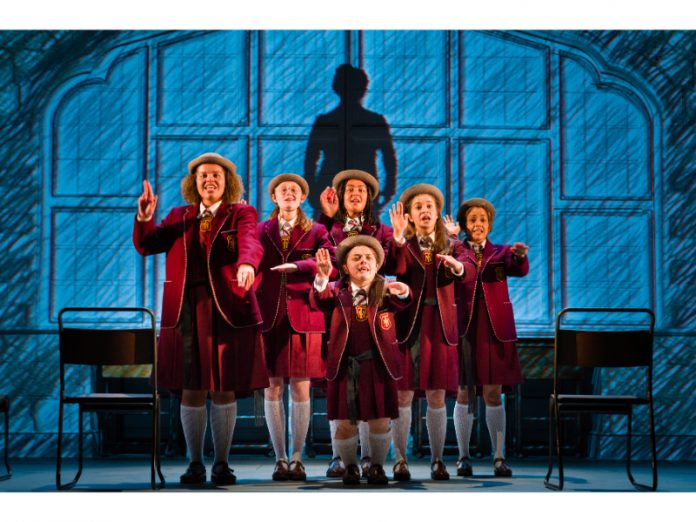 “Endi Blyton is such a beautiful writer and does characters like no one else. You can recognise everyone you went to school with as one of the girls,” Emma Rice tells me.

The founder of Wise Children, and former director of The Globe, is bringing Malory Towers to Oxford Playhouse from Tuesday, a vivid adaption of the classic girls boarding school saga.

“Add an amazing, savvy, sassy, cool, diverse, all-singing, all-dancing cast with some incredible talent and the story is elevated even further.”

“So while we are true to Enid Blyton, there is some amazing staging, music and close harmonies to enjoy as well, and the boarding school scenario becomes almost irrelevant.

“I wanted to appeal to all age ranges and for the audience to see something different when they come to our productions, to be entertaining, but in a different way,” the adapter and director tells me.

Will that appeal to today’s young teens? “Yes, judging by the ticket sales,” she laughs. “But then writers have been getting children away their parents for decades – look at Harry Potter or Lord Of The Flies. It creates a real fascination with what might happen.”

Emma Rice is as busy as ever. Not only is she adding extra dates to the Malory Towers tour as we speak, but she is currently in rehearsals for her first collaboration with English National Opera – a production of Orpehus and The Underworld which opens on Saturday.

Light years’ away from Wise Children which opened in Oxford last year, Emma is delighting in the contrast of Malory Towers, and her ability to surprise her legions of fans.

While the flamboyant, brave and colourful no-holds barred musical Wise Children, produced by Emma’s brand new theatre company of the same name, followed a vaudeville variety family throughout their bawdy and illicit careers in London, the Enid Blyton books are decidedly more wholesome.

“Yes wholesome is such a good description,” she laughs. “I was more into The Secret Seven and The Famous Five, but when I read the books the characters just came to life.

Malory Towers spans all generations so you don’t have to worry about the content. Instead it’s moving and very entertaining. It’s really delightful.”

“But it’s still relevant because the girls are addressing the same issues – self-esteem, mental health, but in a wholesome way. So it’s nostalgic but we bring it into the modern day.”

So where did she start with the six volume series? “Well I’m a simple woman, so I started at the beginning and chose the best bits, finishing with the school play, while growing the characters.

“To be more specific 90% of what you see comes from book one and six and the remaining 10% is me.

“But with Malory Towers I wanted a contrast with the Angela Carter adaption, something to delight in, and it’s going down a storm so we are having to add extra dates to meet the demand. The audiences love it because it’s so intoxicating.”

As for keeping up this exciting momentum, Emma says: “We are punching above our weight certainly, but it’s still as struggle taking these big shows out on the road.

“We are very proud of what we are achieving.”