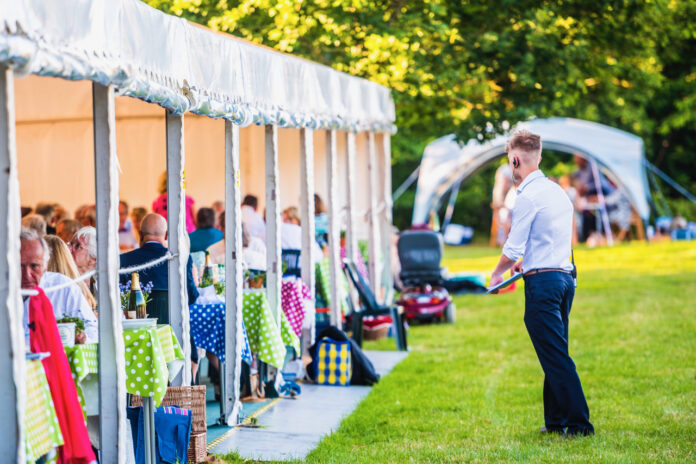 Longborough Festival Opera’s summer season should have been in full swing by now, but sadly, like so many of this year’s events, it’s been cancelled.

Some positive news, though, is that many of Longborough’s loyal audience members have chosen to donate the value of their tickets rather than ask for refunds, and Longborough announced recently that a large chunk of this is being given to the freelance artists who were due to perform this year.

Of the £300,000 raised, £200,000 will go to these artists, while the remainder will be used to develop other work for the artists this year and help stabilise the company’s finances.

Tenor Paul Carey Jones, who was due to make his Longborough debut as Wotan in Die Walküre, in the company’s new Ring Cycle, is delighted.

“That’s an incredible effort and it means so much,” he says. “At a time when we’re sitting at home not able to do our jobs, it’s obviously a huge financial help, but it’s a huge moral support as well.

“Many people will have taken a financial hit because of this so money will be tight for a lot of people, so we know it’s not an easy thing for a lot of people to do, but the fact that so many have done so provides us with that degree of support.

“Something I’ve always felt about Longborough is that there’s a real sense of connection between the audience and performers, perhaps more so than you might get at a larger opera house, and an appreciation of how hard it is to do what we do and what we’re trying to achieve.”

Playing Wotan this year was, for Paul, the realisation of a long-held dream.

“It’s a role I’ve been working towards for several years,” he says. “I’ve performed the role in concert and semi-staged productions, but it would have been the first fully-staged Walküre that I’d done.

“These are big roles and there’s a long process of learning them and developing them, and this was really the pinnacle of that whole process.”

Having his dream brought to such a sudden halt was, he says, rather like approaching a long jump “and then being interrupted just at the last couple of steps”.

“It’s having all this momentum and nowhere for it to go. So I’ve been sitting at home daydreaming about what we should have been doing. But these are unprecedented times and we all need to adapt, so after the initial shock we’re all thinking about what we can do next.

“It’s far from a write off – we’ve got the whole Ring developing over the next four years, and the various elements of the Ring cycle have an impact on each other, so you can’t move or cancel one. We’re all thinking very carefully about how we’re fitting the next few years in. There’s a lot of brainstorming going on!”

Longborough Festival Opera was the brainchild of Martin and Lizzie Graham, who started putting on opera in the garden of their Longborough home in 1991 before converting one of their barns into a 500-seater, Palladian-style opera house.

This charming, rather quaint theatre has become famous for its Wagner productions, and was the first privately-owned opera house in the UK to stage the complete Ring Cycle.

Plans for 2021 have yet to be confirmed, but Paul is confident that Longborough’s loyal audience will be back.

“They recognise that this isn’t just about this year and the cancellation of one season, but part of an ongoing project and an ongoing process,” he says. “And it’s a genuinely moving thing to receive the news about that support.”

To find out more about Longborough Festival Opera, visit https://lfo.org.uk