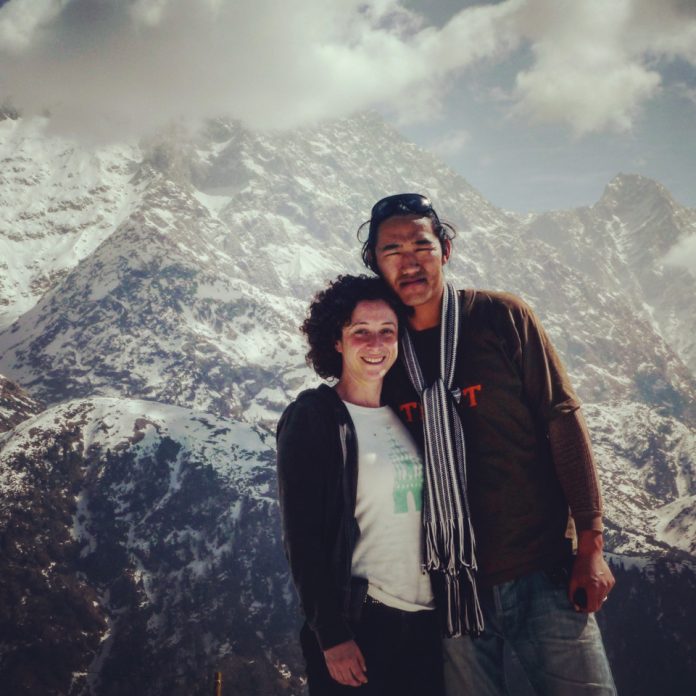 “We are off to Tibet for 2.5 months in February to research our upcoming cookbook, The Tibetan Table, which is an ironic title really because they rarely eat around tables,” Julie Kleeman tells me.

She is all geared up and ready to go on the trip of a lifetime, having won the Yan-Kit So Memorial Award for writers on Asia, which was a grant towards research in the region. “We plan to travel widely, exploring age-old cooking techniques and more modern ways of eating,” she adds.

Her husband Yeshi is Tibtetan and while they have taken their children (six and eight) to Tibet for the odd holiday, this will be a completely different experience, immersing themselves in Tibetan culture.

The idea is to produce a cookbook of up to 100 recipes that celebrates the food of the region, while exploring food culture, food stories and Yeshi’s experiences of growing up on the plateau.

“We will be eating, travelling and discovering all the different regional cuisines which are all quite different, because a lot of the areas are quite isolated, while learning to make the dishes ourselves,” Julie says.

“Tibet is actually massive – in our imaginations we think it’s like Nepal, but it’s very high altitude, only a few million people live there.

“Many are farmers and carry their food inside their jackets.”

So are Tibetans big foodies? “There is a big culture around eating yes,” she says. “They are very mindful of food and mealtimes, and pray and focus their minds on what they are eating and where their food comes from. Tibetan people are also involved with cooking from a young age.

“That in turn is governed by what people can grow there. At high altitudes there isn’t much there apart from the yak, and you can’t grow vegetables. So cooking is also a measure of survival.

“But where Yeshi is from it’s much lower down so they can grow lots of veg. It’s really lush. They have so much growing they give their turnips to the animals and can’t believe we eat them. They are really spoiled.”

The trip sounds amazing. So when can we expect to see this amazing cookbook? “Realistically not until 2022 but we will have an active blog.

On their return they plan to open their cafe/takeaway in East Oxford, which is an extension of what they are doing already.

“We already do a pop up at Silvies on Iffley Road every Friday, which does really well and we hope those same people who come to our market stalls and events will follow us there.

It seems like the right thing to do at the right time. I’m in my 40s now with a family and we can’t keep doing the markets and festivals for ever. We’ve had the stall for six years and that’s enough. Its time to move on.

“Plus its very timely because a lot of the food we produce is vegetarian and vegan, gluten free, all of those things. and there is such an appetite for that kind of food now. People love far-flung cuisines.

“I think Yoshi my husband has probably being waiting to do this for a long time. He has always been really ambitious and it will be doing what he loves – cooking,” Julie says

“We want to produce lovely, fresh, healthy, ready-made meals for people to take home and capitalise on our dumplings and curry.”

So for those of us who don’t know what is Tibetan food like? “Unique, healthy, unprocessed and delicious. Everything is made from scratch. Plus it’s a bit different.

On return the pair, who met in India, plan to open their new cafe/takeaway and shop in East Oxford, stocking a range of chilled take-home foods and a hot counter for people eating in or taking home.

They will be launching a reusable tiffin scheme there, with a view to making the new business zero waste.

Exciting times then? “Opening our own fixed site is in some ways a thank you to everyone in the local community who has supported us over the last six years.”

Until then you can find Taste Tibet at Gloucester Green Market until Feb 14 and at Silvie’s every Friday until then.

For more details go to http://www.tastetibet.com