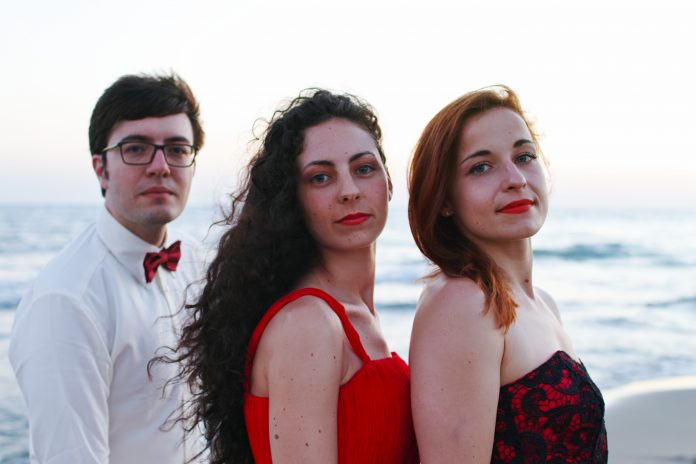 Five musicians are celebrating the bicentenary of the birth of Clara Schumann with a special concert in Oxford that highlights her incredible contribution to the 19thcentury classical music scene as composer, teacher and performer.

Clara Schumann: A Musical Thread has been put together by pianist Joan Taylor and baritone Bryan Jenner, who first met as students at Oxford.

They are joined by the Avant Piano Trio – Rebecca Raimondi (violin), Urška Horvat (cello) and Alessandro Viale (piano) – which was formed in 2017.

“The date is special because it’s the day after her birthday, September 13 1819,” says Joan.

“Bryan and I have been working together on Clara Schumann and Fanny Mendelssohn for the past six years. It’s been quite an intensive project in between all the other things that we both do musically.”

As a composer, Clara has undoubtedly been overshadowed by husband Robert, but Joan is keen to stress that their interest in Clara is not because they feel she has been neglected.

“We are really more interested in showing how important she was to other musicians at the time,” she says.

“She spanned the whole of the 19thcentury. When she was born, Haydn was still alive, Beethoven and Schubert were still active, and Mendelssohn was already composing.

“She knew and was admired by Liszt. She knew all the famous composers of the day, including Spohr, Sterndale Bennett and Chopin. She promoted Mendelssohn’s work and her husband’s work in her concerts.

“She was also the first person to really be a concert pianist, who memorized and had the piano at 90 degrees and had proper programmes as we have now.

“We’ve chosen music with all of this in mind. There are songs written as presents from Robert to Clara and Clara to Robert. Music dedicated to her by Mendelssohn, perhaps the most famous musician of his day, and Brahms, who valued her judgment on his songs even when he himself was a well-known composer.”

The concert includes some rarities, including the Impromptu in G major, ‘Souvenir de Vienne’, which Clara wrote in 1838 after being named Royal and Imperial Virtuosa to the Court of the Austrian Emperor – a unique honour at the time for a woman.

The piece is a set of variations on the well-known tune to Haydn’s Emperor’s Hymn.

“It’s a very virtuosic piano piece, so we’re looking forward to promoting that,” says Joan. “Clara did a wonderful set of variations, which I think the audience will absolutely love. I’m really proud to be playing it. I’m practicing very hard – it’s not the sort of piece you can play unless you’re in very good shape!”

Another rarity is Clara’s setting of the Burns poem Musing on the roaring ocean. Originally set to a German translation of the poem, and known as Am Strande, the song will be performed at this concert in English.

“It was written as a birthday gift to Robert, and shows her really bravura pianistic style,” Joan says.

The programme also includes many of Clara’s other songs, including her 1844 song cycle Sechs Lieder, as well as the Trio for Pianoforte, Violin and Celloand Romance in A minor. There are also works with special connections to Clara by Mendelssohn, Robert Schumann and Brahms.

Joan says: “We’re starting with Mendelssohn’s Spring Song (Frühlingslied), which he dedicated to Clara just after she was married. There was a very close friendship between them, quite flirtatious sometimes, and she obviously thought of him as an absolute equal.

“I’m also playing the Romance, and when I started learning it I just could not put it down. It was written by Clara and dedicated to “my dear friend Brahms”, and it’s so heartfelt and wonderful. I think the audience will love it.”

Joan even has a link to Clara herself. “My own teacher, Lilian Niblette, was a pupil of Clara’s last pupil, the very famous Fanny Davis, so that means a lot to me.”