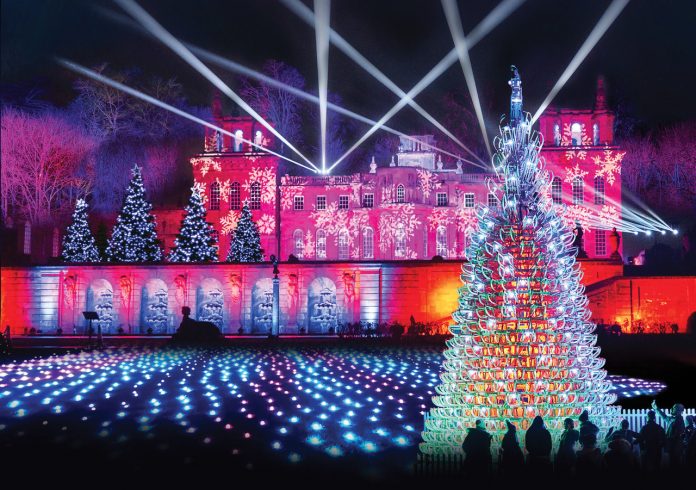 This is the story of Motown, a musical history of the prestigious, legendary and iconic record label. After two years in the West End, this exciting, vibrant production is at Oxford’s New Theatre until Jan 4

Motown introduced predominantly black, soul, disco and funk music to America, and then the rest of the world, in an era when racial segregation and the civil rights movement was raging outside the Detroit recording studio.

Founded by Berry Gordy, with an $800 dollar loan from his family, the legendary record producer’s struggle, passion, obsession and belief are woven through this detailed musical in the songs and artists he nurtured.

Hence we meet Diana Ross ( an incredible performance by Karis Anderson) and The Supremes, she being the love of his life, Smokey Robinson (X-Factor’s Nathan Lewis) his lifelong friend, Marvin Gaye (played by local actor Shak Gabbidon-Williams) and more.

A feel-good show, it raises you up until you’re clapping in your seats, singing along and revelling in this seismic piece of musical history. The standing ovation is well deserved every night. atgtickets.com

2) Puss In Boots is at The Theatre, Chipping Norton until Jan 12

Puss In Boots is this year’s offering from Chippy Theatre, and its hare-brained, madcap pace gathers momentum as we hurtle through a pastiche of 1950s gangland London, EastEnders and Only Fools and Horses. as King Rat’s intention to take over and run the show becomes evident.

Hot on his heels were Jack The Cat, bust fresh out of jail in a CCTV extravaganza, Fairy Bowbells, Archie Buckle the lacklustre shoe salesman, and Tiffany Treacle his love interest and fierce campaigner. The dame, Pat M’bloomers, was still crazy in love with ‘rattie’, and yet to see the error of her ways.

What begins at a sedentary pace with a nice, traditional vibe – think cast set piece dances and songs, sweet throwing and audience mentions, soon develops into a smorgasbord of director John Terry’s gleeful trickery and ideas.

Writer Toby Hulse therefore has us trying to break into the vaults of the Bank of England, on a live screened car chase, a tunnelling prison escape, in a mashed potato fight, enjoying a cabaret show, hypnotism and more, the plot rolling in comic waves, one after the other.

As thick and fast came the jokes, innuendoes for the adults, lots of bum and fart jokes for the kids and a wonderful French exchange.

As much farce as panto, throw in some wonderful musical compositions, audience participation, love stories, mucking around, some marvellous characters and acting, lots of laughing, sniggering and Chippy Panto does it again. chippingnortontheatre.com or 01608 642349.

3) Beauty and The Beast – Oxford Playhouse until Jan 12

Director Steve Marmion unleashes a dazzling array of unexpected stagecraft from a huge walking giant to a singing orangutang (why not), a melon-fest and tap-dancing as the story unfolded with original songs, raps and a fabulous dad dance.

More schmaltz than substance perhaps, with some unusual turns and twists, (carrots in Swindon anyone?), this is Beauty and The Beast as you’ve never seen it before, with plenty of unashamedly juvenile silliness. 01865 305305 oxfordplayhouse.com

Never one to stick to the story-line when it can be embellished or reexamined, Hans Christian Anderson’s vessel is used to examine many a modern day dilemma; from texting and predators to loneliness, vulnerability, bullying, bad parenting, hallucinatory drugs, weed, sexual denomination, transgenderism, wealth, class, materialism and belonging under the flamboyant direction of Gari Jones.

Enriched by some ambitious costumes, original music and songs (Gareth Jones), choreography (Cydney Uffindell-Phillips) and acting, the mystery deepens as Gerda’s journey becomes as metaphorical as literal, in Creation’s visionary and modern depiction.

Creation’s emphasis here is on the value and relevance of love, family and friendship, something we all recognise and need, especially at this time of year.

5) Illuminated Lights and Alice in the Palace is at Blenheim Palace. until Jan 5

Sold out last year, Blenheim’s Illuminated Trail is back. Expect a new multi-coloured aerial light show filling the sky with dancing bands of colour, Vines – a 30-metre long promenade of LED vines to walk through, touch and interact with, plus a million pea-lights, lasers and projections.

Discover the Sledge Tree, an 11-metre design structure made from 365 illuminated wooden sledges to represent each day of the year.

The dynamic waterfall, and the softly-glowing flowers of the Snowdrop Walk, are back, as is the live show with Father Christmas.

Other new touches include a laser quest arena, a cube – while the hot chocolate, marshmallow and mulled wine stalls provide refreshment and free chocolate offered at the Galaxy station.

The initial entrance with the merry-go-round and food stalls in the East Courtyard also provides refreshments.

With a new indoor Alice in the Palace experience taking over the State Rooms during the day, inspired by Lewis Carroll’s classic tale, step between the pages of a larger-than-life immersive and interactive story book, the day to night offerings are complete.

The Jolly Christmas Postman by Janet and Allan Ahlberg is bought to life by Story Pocket Theatre, who bring this timeless Christmas tale and its colourful characters to life through music, puppetry and magical storytelling to create a truly magical experience from start to finish.

The BT has been transformed into a Christmassy wonderland to encapsulate the magic of the story, with creative seating and imaginative set design for it’s 3-6 year-old audience, as The Jolly Christmas Postman goes on his way delivering all his letters on Christmas Eve to our fairy tale favourites, with some twists and turns along the way.

The question is will he ever reach the North Pole to deliver the all important childrens letters to Father Christmas?!

A must see for little ‘uns to get that Christmas magic flowing for the hour-long performance. 01865 305305 oxfordplayhouse.com