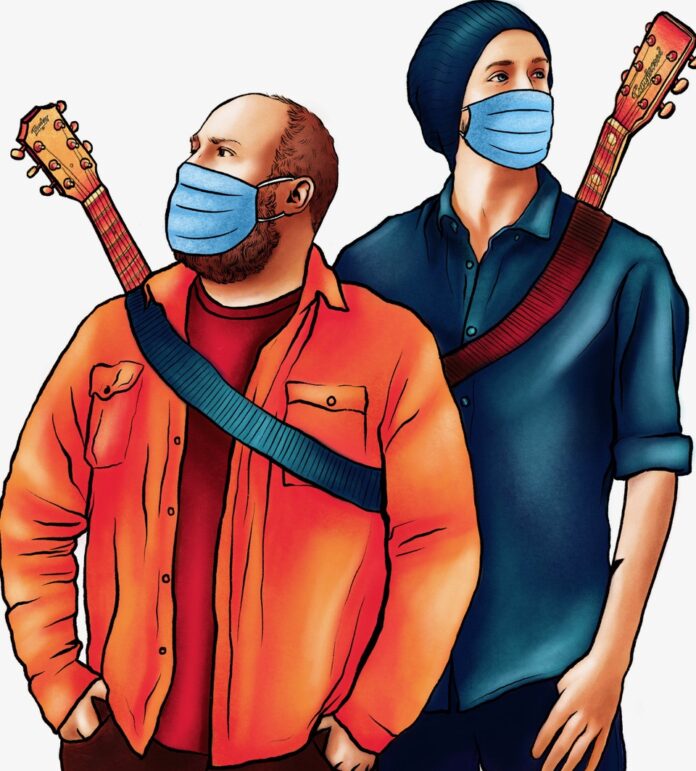 Last year, multi-award-nominated musical-comedy-silly-arses Jonny & the Baptists made a new show about love and their friendship.

After a critically acclaimed Edinburgh run they toured Love You & Hate Bastards to more than 30 cities and towns across the UK.

They were about to do another run of tour dates when suddenly it became impossible because of the pandemic.

So they have adjusted the act accordingly, renamed it Love You & Hate Covid, and brought it back stronger than ever as a virtual tour, helping their favourite arts centres and theatres along the way, appearing at OFS on Monday night.

Paddy is from Oxford and Jonny lived here while establishing their comedy act, so it has a special place in their hearts.

“We opened in Reading and it was so nice to back doing what we love in front of an audience of several hundred people again, even if we couldn’t see them. It’s amazing what kind of atmosphere you can create with a few well placed cameramen”

Which is why the comedy duo are determined to give back in some way during the pandemic by sharing ticket sales with the arts centres on their tour.

“We’ve done all three of our shows at the OFS, and it’s a home-from-home there, so we wanted to give something back because they have supported us so much over the years,” Jonny says.

“And what’s the point of an act if you’ve got nowhere to perform it? So many arts venues are really struggling, hence the virtual tour.”

The premise is that each show will be stream live to a different venue each night and people buy tickets and donate to watch the act (from £5) as they would in the theatres themselves. The fact that Jonny & The Baptists will actually be performing in a disused pub is by-the-by.

“We could pocket all the money, but long term we need to have somewhere to perform!” Jonny explains. “If we can’t keep touring that’s us for us so we have installed a donate button on the booking site as well.”

Hard to imagine now that Jonny & The Baptists are so established. They’ve featured on ‘The Now Show’ (BBC Radio 4), ‘The Infinite Monkey Cage’ (BBC R4), ‘The Gadget Show’ (Channel 5) and ‘Sketchorama’ (BBC R4). They once even topped the iTunes Comedy Chart with single ‘Farage’ and written and performed seven full length shows now.

So what can we expect from Love You & Hate Covid? “Well each show will be unique. We opened in Reading and it was so nice to back doing what we love in front of an audience of several hundred people again, even if we couldn’t see them! It’s amazing what kind of atmosphere you can create with a few well placed cameramen.”

More than that? “it’s about love and friendship I suppose. The spine of the show is what we were touring with before but we’ve added some new unique bits and songs. There’s lots of new material, put it that way,” he says.

“Either way it’s exciting to be back at OFS. We love Oxford and it has such a vibrant arts scene. So we are really pleased to be able to support that in some way.”

For tickets to see Love You & Hate Covid at OFS on Monday 29 June go to https://oldfirestation.org.uk/whats-on/jonny-the-baptists-love-you-hate-covid/

The tour is also visiting

For more info go to https://www.jonnyandthebaptists.co.uk/live 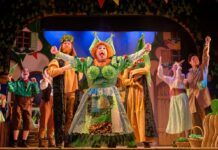 REVIEW: “Chippy, always a benchmark for regional pantomimes, has excelled itself with Rapunzel” 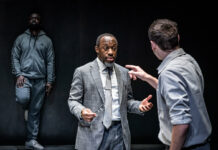 REVIEW: ‘Not for the faint-hearted’: Brilliant award-winning play Blue Orange at Oxford Playhouse is riveting, uncomfortable and challenging 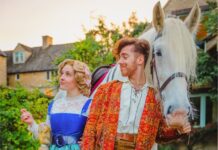 “There’s a lot of hair!” Rapunzel opens tomorrow at The Theatre Chipping Norton. But what to expect from the 2021 panto?