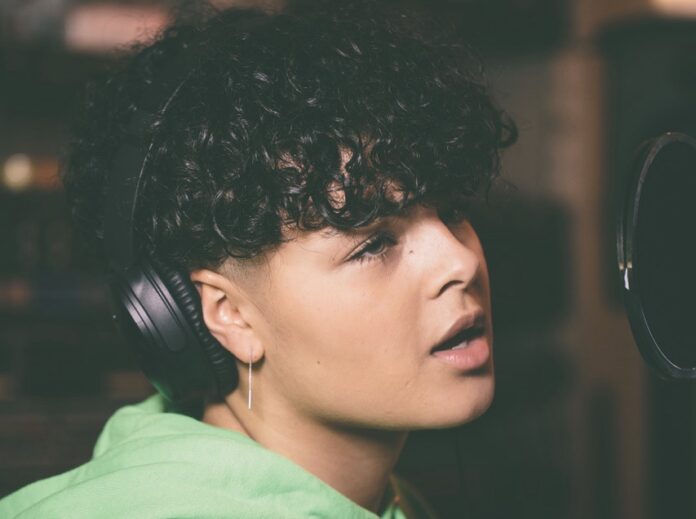 Since interviewing Jazmine Flowers about her first single Awkward last month, the rising Alt-R&B star’s debut song has been streamed over 109,000 times already.

And with the accompanying video being released today, Jazmine’s success is rocketing.

The 20-year-old from Woodstock also features as Introducing Artist Of The Week on BBC Radio 1Xtra from 5pm today until next Friday, and Awkward has been played on Radio 1. In short Jazmine Flowers is the name on everyone’s lips.

So how does the young musician feel about her debut single being such an instant success? “I totally had not expected to get this many streams so quickly,” she says.

“The response has been insane… and although being on the radio has never been a goal of mine, it was crazy hearing it played on BBC Radio 1 and to hear such lovely words about ‘awkward’. “

“I’m honestly just shocked that people like the song so much! I think it’s an awesome track but not having released anything before I didn’t know what to expect or how people would react, but their reactions have all been good so far.”

The video for Awkward, which is also released today, was filmed at social enterprise Tap Social in Botley back in February, which Jazmine says they shot in just one day. So why Tap Social? “We just thought it would be an awesome location. It came together really last minute but is really about me being awkward and having fun.”

“I wanted this video to make people smile. The lyrics touch on some serious subjects but the overall vibe is fun and the day we wrote it was fun so I had to show that in the visuals,” she says.

As for the filming, Jazmine says: “I shot this with a school friend of mine so it was super fun especially that “lick” scene… endless innuendos!

“We had originally planned a bunch of ‘awkward’ moments we wanted to film but the final cut actually used none of them, every shot in there of me doing something stupid just happened naturally on set.“

Being a singer/songwriter and instrumentalist means Jazmine can enjoy every part of the process, from the first note to the final video edit “Absolutely. It means I think about every single aspect of a song – for example the rhythm and tonality of the music and how that fits with the words. Plus when I work with producers it means I can explain what I want pretty well or demonstrate it.”

Either way, having already built a big following on TikTok with her acoustic sessions,  recently featured on Iris’ new track “Lovemark”, performed with the likes of Aurora, and with further tracks on the way, Jazmine Flowers is ready to show everyone the real her.