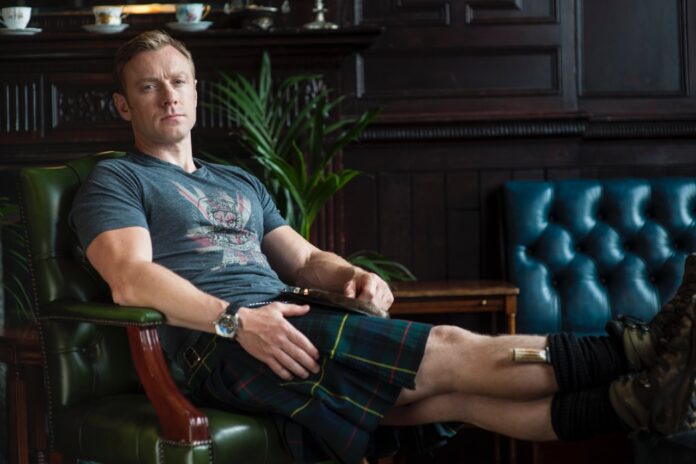 If you’ve watched the trailer of new Bond film No Time To Die, you’ll understand the enormous hype around the latest 007 offering starring Daniel Craig.

Stunt wise, it’s surely the most ambitious ever, and incredible stunts require the best stuntmen in the world.

An obvious choice then for the Bond franchise to undertake some particularly harrowing stunts, which you can glimpse in the No Time To Die trailer.

Unable to talk about specific details owing to the intense secrecy and security surrounding the imminent Bond film, Andy is still effusive in his praise of the cast, the filming experience and Daniel Craig himself.

“Daniel Craig is a top bloke and a lovely guy. Working with him was great. Everyone working on the film were super professional and really genuinely nice people who appreciated your efforts. It was the people that made it.”

“I have a healthy fear of death”

So was it all hard work? “Well, we went to Jamaica for a month and stayed in a little hotel on the beach and every day after work the stunt guys would all go free diving together. So yes, its was hard,” he grins again.

But what an accolade, he must have been ecstatic to have been picked?

“Bond is as good as it gets, so I wasn’t going to say no was I?” Andy laughs, “Oh I think I’m busy that day… but yes it was very exciting because apart from anything else I’m massive Bond fan. Look I’ve got three Bond posters up in my kitchen alone.”

But of course it wasn’t luck that landed Andy the job. Although he’s only been a stuntman for a year now, his new job has been a lifetime in the making.

“it’s not about being a nutcase or an adrenaline junkie to do this job. it’s about being cautious and careful. That’s why I’m still alive”

Andy spent ten years in the British Forces including the 16 Air Assault Brigade, as a Paratrooper, Diver and Bomb Disposal Officer, involved in operations in Iraq, Bosnia, Kosovo, Northern Ireland and The Falklands.

After leaving the Forces he spent four years working in the security, intelligence and surveillance sector in the UK and Europe, Afghanistan, Pakistan and West Africa.

He has dived on operations in the Forces, on commercial vessels, over sunken cities, in caves, deep wrecks and across unexplored reefs, specialising in those difficult to reach areas.

A keen Skydiver and Wingsuiter Andy has made various films for TV including performing a HAHO (High Altitude High Opening) jump for BBC’s Cloud Lab, jumping solo from 28,000ft over the Arizona desert, racing a Peregrine Falcon with engines strapped to his legs to reach over 250mph in freefall and competed in Speed Skydiving competitions, where top competitors can reach speeds of 600 kmph.

“It would be incredibly dangerous if I didn’t know what I was doing, but I do and I have trained extensively for years.”

Andy is also a highly qualified Mountaineering and Climbing Instructor, has ice climbed from Scotland to Greenland and even on icebergs in the Arctic Ocean, gathered endless caving qualifications, is an expert sea-kayaking, has presented on 20 TV Series including Coast and The One Show, and is also a member of MENSA, the High IQ Society, and a Fellow of The Royal Geographical Society.

The right man for the job then. And yet despite his impeccable and impressive pedigree, Andy was still enormously impressed with the other stuntmen on the Bond set. “The stunts were so impressive. The car and motorbike specialists were something else. They were hard core. I’ll give most things a go but that?”

Neither did he fancy throwing himself down stairs. “I’m too old for that and I ache,” he chuckles. “If you’d asked me when I was 32…”

That might be because he has two bolts in his right leg, he broke his back aged 22, has tears in shoulder and his knees “are shot”, all forces related, “I’ll stick to what I do best – caving, skydiving and diving.”

Off course he’s still in impressive shape for a 44 year-old. “You can’t just turn up and wing it on set. You have to be physically and mentally prepared to complete the task in hand and that’s why I train. Plus I have a healthy fear of death.

“if money was no object what would I still like to achieve? for me it would be going cave diving on Mars”

“It’s a common misconception that you have to be a nutcase or an adrenaline junkie to do this job. It’s not about that, it’s about being cautious and careful. That’s why I’m still alive. It would be incredibly dangerous if I didn’t know what I was doing, but I do and I have trained extensively for years.

“You mitigate the risks by making your work as safe as possible. You can’t be naive. The riskiest thing you can do is to be complacent.”

“People are scared of spiders and snakes and heights because they are dangerous. Its natural. Otherwise you get complacent.”

Growing up in Scotland, his childhood was spent outdoors, exploring the lochs, rivers, forests and building dens.

Is that what inspired his future? “My family are miners and farmers. When they closed the mines in Scotland it was hard. Whole villages become unemployed overnight and the forces was a way out of that. I remember my brother joining up and then coming home in a new car and nice clothes a year later.

“So I did my 10 years but the older you get the further from the coal face you are. It’s a young mans game and I didn’t want to be sitting behind a desk – I still don’t but in the real world I can be 44 and still work. I can still be out there where the action is.”

“Daniel Craig is a top bloke and a lovely guy. Working with him was great”

It hasn’t always been this rosy. When Andy left the army in 2006 it took him a while to find his feet, as with many ex-forces he says he was a bit lost and directionless.

“Just getting up in the morning was hard, motivating yourself, putting one foot in front of the other. I needed a reason to get up and I didn’t have one. I needed that purpose and direction every day. It’s not that the army is super strict but they give you structure and stuff to do every day, comradeship, duty. They give you a point and after I left I didn’t have that for a while. So I just floated about for a bit until I needed the money and that was a strong motivator. Sitting on my backside wasn’t going to earn me anything.”

Apart from looking forward to the new Bond film now scheduled for November and researching his next TV project, Andy is also appearing at If Oxford’s Every Astronaut Needs A Good (Space) Suit children’s event at the Oxford based Science and Ideas Festival

Carefully planned for the first day of World Space Week, he pairs with Mike Curtis-Rouse to take you through the features of a great spacesuit, why they are important and how you can make your very own spacesuit.

READ ABOUT IF OXFORD HERE: https://www.oxinabox.co.uk/if-oxford-spacesuits-stuntmen-food-tasting-and-the-labs-creating-a-covid-19-vaccine-the-science-ideas-festival-goes-online/

So has he been to space yet? “No, but there are lots of technological crossovers between diving, caving and space and it’s somewhere I’d love to go.

“I was on a panel recently and was asked what I would we still like to attempt if money was no object. And for me it was going cave diving on Mars. That would be as good as it gets. Well, that and Bond.

And with at least one of those great ambitions tucked safely under his belt we conclude our fascinating chat, so he can go climbing near his home in the Wye Valley on the nearby cliffs. As you do.

To see Andy for yourself and join Every Astronaut Needs A Good (Space) Suit at If Oxford on October 4 at 6.30pm for children aged 7-12 and adults go to https://if-oxford.com/event/every-astronaut-needs-a-good-space-suit/

IF OXFORD runs from Oct 1-31 https://if-oxford.com/events/