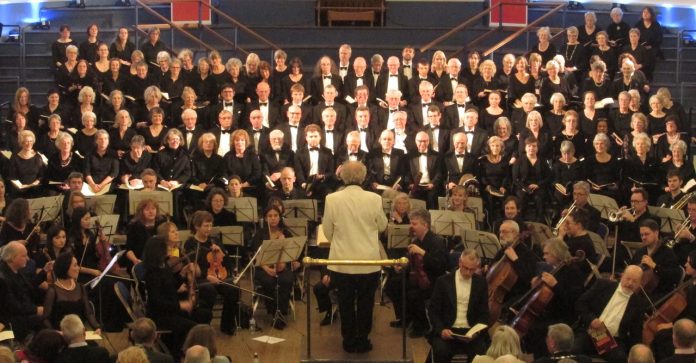 If you’re missing the Oxford Lieder Festival, and already counting down to the next one, here’s a tasty morsel to keep you going.

Get down to Wolfson College this evening for the latest in the Song at Wolfson series, which sees rising star Felix Kemp (baritone) making his Oxford Lieder debut with songs by Wolf, Tchaikovsky, Rachmaninov and Brahms. Oxford Lieder’s founder and director Sholto Kynoch accompanies on the piano.

THE FETCH: SONGS OF THE UNCANNY

In the first of a series of three concerts (the other two follow in 2020), the American pianist/composer Eric McElroy – currently a doctoral student at Merton College – is joined by soprano April Frederick in a programme that merges traditional song with the contemporary.

At the heart of the programme is the premiere of McElroy’s song cycle The Fetch, which is based on poems by Gregory Leadbetter and explores the power of music to awaken the mystical in the ordinary.

The programme also includes McElroy’s song cycle A Dead Man’s Embers, based on poems by Robert Graves, Ian Venables Two Songs Op.28 (Flying Crooked; At Midnight) and John Ireland Tryst and During Music. There is a pre-concert talk at 7.15pm discussing the collaboration between poet and composer, and the effect of song-setting on our understanding of poetry.

Get into the festival mood with this enchanting new production of Humperdinck’s fairytale opera. Starting in London on Christmas Eve, 1938, the action swiftly moves to the countryside when Harry and Gracie are evacuated and find themselves living with a cruel and uncaring foster mother. A book of fairytales given to them by their parents for that last magical Christmas inspires them to follow the adventures of Hansel and Gretel – and get a little more than they bargained for! Fun for all the family, this is an ideal production for introducing children to opera.

This promises to be an outstanding performance from an exciting new choir that has already been attracting rave reviews. David Crown conducts.

Two legends of the classical music world – long-standing friends and chamber partners Steven Isserlis (cello) and Stephen Hough (piano) – team up for what is sure to be a musical tour de force. The pair will perform two Brahms cello sonatas, together with Suk’s Ballade and Serenade and Hough’s Sonata for cello and piano left hand, ‘Les adieux’, commissioned by Isserlis and recorded by the pair for Hyperion in 2015.

This is a rare opportunity to hear this little-performed work, written by Bruch in 1872 and inspired by Homer’s Odyssey. Full of rich melodies, drama and passion, the work sees the chorus playing several different roles throughout. Soloists are Helen Massey (soprano), Angela Simkin (mezzo-soprano), William Johnston Davies (tenor), Alan Fairs (bass-baritone) and Daniel D’Souza (baritone). With the Orchestra of Stowe Opera and conductor Robert Secret.

Immerse yourself in an evening of baroque music from around the Adriatic in this sparkling programme, which explores the relationship between Venice and Croatia in the 18th century. The orchestra’s leader, violin virtuoso Bojan Cicic, leads performances of violin concertos by Vivaldi and Slovenian composer Tartini, alongside works by three composers with connections to Croatia: Stratico, Giornovich and Sorkočević.

The prize-winning Gould Piano Trio, formed in 1987, earned early career breaks when they were selected as YCAT artists and named as British Rising Stars. Their varied career has seen them perform at some of the world’s most prestigious venues, release several acclaimed recordings and commission a number of new works. In this concert they will perform two contrasting piano trios: Rebecca Clarke Piano Trio and Brahms Piano Trio in C, Op.87. With Lucy Gould (violin), Richard Lester (cello) and Benjamin Frith (piano).

Orchestra of the Age of Enlightenment

BACH, THE UNIVERSE & EVERYTHING

The OAE return to Oxford for the second concert in this series, The Creativity Code, which features one of Bach’s Christmas cantatas, Nun komm, der Heiden Heiland (Now come, Saviour of the gentiles).

They are joined by Professor Marcus du Sautoy, Professor of Mathematics at Oxford University, who will explore creativity, algorithms, and whether artificial intelligence will ever match up to Bach in being able to write cantatas. The café will be open beforehand for tea and cake!