Home See Mercutio and Tybalt get their moment in the sun in reimagined Romeo...
Facebook
Twitter
WhatsApp 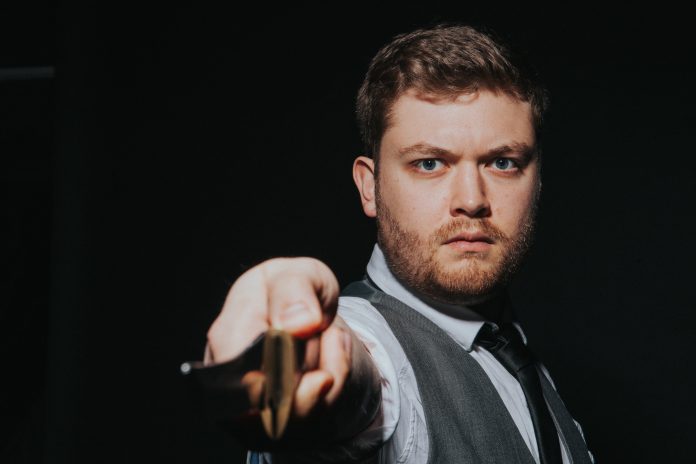 “Betrayal, lies, anger and temptation belie Mercutio and Tybalt’s broken relationship, and we all know how it eventually ends. But what lead them there in the first place?” playwright and director Miriam Higgins asks.

Inspired after watching a performance of Romeo and Juliet, Miriam was left wondering ‘what if.’

“We all know that Romeo and Juliet were the star-crossed lovers, but what if there had been another pair haplessly involved in the Capulet/Montague drama?

“Rather than the passive heartbreak of Romeo and Juliet, we tell the tale of two passionate figures who must showcase their masculinity for the benefit of those around them.

Forbidden love and the idea of portraying a mask to the world while trying to do what is best for one’s family, is another theme explored.

So what’s been there most enjoyable part? “The mix of language – going from modern to Shakespeare and back again. This language shift needed to be eased into”, she says, “so the play is written in a non-linear style, with a jumbled timeline.”

“Our obsession with masculinity versus sexuality in modern culture has been one that dates far back to even before Shakespeare, so it was nice to explore the toxic masculinity of todays world and how it may apply to these two characters.

“There are fights too! You can’t do a play about these two characters and not have fights!

“But a level of intimacy has been added to the knife fights,” explains Higgins, “which increases the tension in the room with the new layers that now exist. The most intense action now lies behind the eyes of the characters.”


“But more than anything, we aim to produce clear, uncluttered storytelling where characters come first. We love plays about twisted relationships and what happens behind closed doors.”

Tickets at  https://www.oxfordplayhouse.com/bookevent/mercutio-and-tybalt or via Tickets Oxford: 01865 305305