Home Do Books “I never regretted giving up my career to have children.” Kadiatu Kanneh-Mason...
Facebook
Twitter
WhatsApp 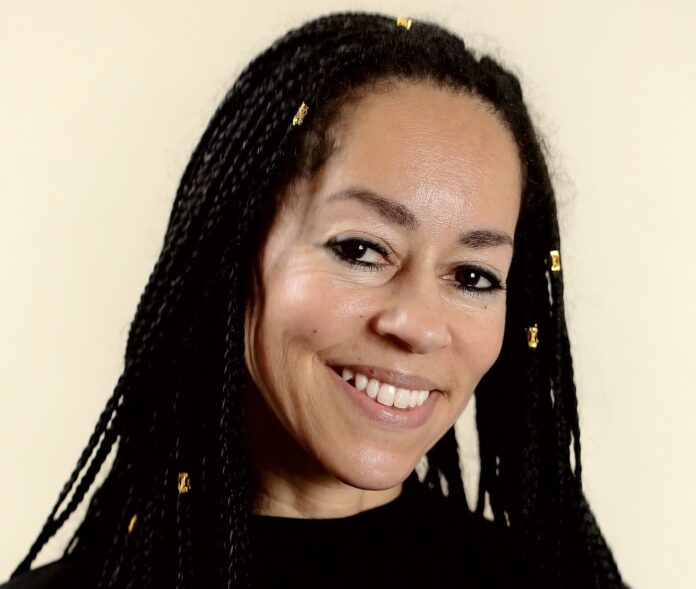 Any preconceptions I had about Kadiatu Kanneh-Mason dissolved the moment we spoke. Yes, her seven children have turned into a musical dynasty and tour all over the world. She has overcome racism, obstacles, snobbery and exhaustion to see their dreams turned into a reality. She has protected, cajoled and facilitated them for decades. And she doesn’t regret a second.

You can read all about them yourself in her new book House of Music – Raising the Kenneh-Masons – which the 54 year-old will be discussing on Sunday at TAL – The Thame Arts & Literature Festival. But just chatting to Kadiatu about her life is inspiring enough.

Warm, chatty and open she happily discusses the trials and tribulations of raising such a huge brood (Isata, Braimah, Sheku, Konya, Jeneba, Aminita and Mariatu) and admits that “parenting has lots of obstacles and struggles”, and yet she thrived on it.

In case you had her down as a ‘tiger mum’ pushing them to succeed against their will, then again you’d be wrong. “It was their decision and we always gave them the choice, but as all our children were striving for the same thing, it made it easier,” she shrugs.

“I wanted four children and stu wanted three, so we always joke that we just added his three on at the end”

And yet when Kadiatu began writing about their immediate family and their successes (you may remember their cellist son Sheku rather stealing the show at Harry and Meghan’s royal wedding), she realised she had to go back further to explain their family ethos, who they were, and where they came from.

Because her ancestry is fascinating enough on its own, let alone what came after.

“The book was always going to be about the family, but I realised quite soon that I had to go back further than that, to explain where my husband Stuart and I came from, and their parents, otherwise our approach to parenting didn’t make sense,” she explains.

Kadiatu came to the UK from Sierra Leone aged eight. Her Welsh mother lived in Africa with her husband, but then returned home to her Welsh village with her children, which Kadiatu said was an education in itself.

“It was hard for any immigrant family in the late 70s and early 80s because racism was rife. In Wales we were the only black family for miles, and the only ones at our school. But Stuart, who grew up in London, endured the same kind of systemic racism as any UK immigrant at the time.”

Not that it held Kadiatu back. Studying arts at Southampton University, she met Stuart there who was studying physics. So was it love at first sight?

“No,” she laughs. “We didn’t like each other at all to start with and rubbed each other up the wrong way. He thought I was a local village girl and I thought he was a pompous city boy, but we kept bumping into each other and hung out in the same groups, and eventually we couldn’t leave each other alone.”

“Everyone else is bored with me talking about my children but Stu and I can lie in bed and talk about them for hours,” she laughs.

Presumably they always dreamt of having a large family then? “We both really wanted children. we talked about it; I wanted four and he wanted three, so we always joke that we just added his three on at the end.”

“But we are both from big families. Stuart’s Antiguan father is one of 45 children because his grandfather had 21 wives, so Stuart is one of 12 and I’m one of 7. Put it this way we have lots of cousins and aunties.”

To bring up their seven children, Dr Kadiatu Kenneh-Mason, a lecturer in literature at Birmingham University as she was then, gave up her much loved job, which must have been a hard choice?

“Yes, I made a decision to give up a job that I loved to bring up a family. I missed it terribly to begin with, but I never regretted having children. Giving up my career was the right thing to do and the rewards have been worth it, even if it is difficult to give up your own identity.

“From then on the children were the most important thing, even if you begin to forget who you are and lose your confidence a bit as a woman. It’s a problem that a lot of mothers have come across and will recognise.

“Having the same goals, loves and passions as your husband certainly helps. We are best friends and both love and obsess about the same things. Everyone else is bored with me talking about my children but we can lie in bed and talk about them for hours,” she laughs.

During lockdown the whole clan returned to their Nottingham home, one bringing a flatmate, which must have been like the old days, as captured in the BBC’s recent Imagine documentary.

“Well, two are still at home; one’s in college and my youngest is 11. And yes they were all playing instruments all day and night. But then I’m used to that, even if there were 10 people in the house for five and a half months.”

She certainly is. To recap then, their musical story began when their eldest Isata started learning the piano, and, aged nine, announced she wanted to be a concert pianist. She applied to the Junior Royal Academy of Music, got in, and so it began.

“We didn’t even know the JRA existed, but then the younger ones just wanted to follow suit, so we just did the best job we could at facilitating that.”

Which sounds easy, but reading Kadiatu’s extracts about their Saturday morning schedules, when they would all get up at 4am to catch the train to London, is tiring in itself.

“Saturday mornings were exhausting, but it was their favourite day of the week. I remember my mother coming to stay and when the older ones came back from the JRA she couldn’t believe how energised and happy they were. So it was gruelling but worth it.”

Managing their schedules simultaneously must have taken some planning. How did she manage? “It all boiled down to routine and children love routine. So when they got back from school it was tea, then school work and then practice. I would sit down with each of them for their practice and that was their one-on-one time, which was great because they loved the attention as well as the collectiveness of all being together.”

So when did everything change seismically, launching the family onto the global map? Was it Sheku’s performance at Harry and Meghan’s wedding?

“It’s interesting that a lot of people think that. But for us it changed long before when Sheku won BBC Young Musician Of The Year in 2016, (he was the first black musician to do so), which was quite an iconic and intense moment and a dream come true for him, and for us.”

“There has never been a sense of musical rivalry, unless they are playing boardgames or sport”

To put it into context though, his siblings also have accolades as long as my arm, and often perform and tour collectively – you may have caught them at the 2018 BAFTA Ceremony or the 2019 Royal Variety Performance?

“The royal wedding was a lovely extra moment,” Kadiatu remembers, “and it did mean people started asking ‘who is this cellist and why don’t I know about him’, while I was thinking ‘he’s been around for quite a few years actually’.

And did his siblings mind that the spotlight had shifted onto him? “No,” Kadiatu says in surprise. “They are a gang so it was as if it had happened to them all. They thought it was wonderful and were totally behind him. There has never been a sense of rivalry, unless they are playing boardgames or sport,” she smiles.

So where did this musical talent come from? “The role of their school was really important. They did music lessons outside of school but the fact that music was celebrated within their state school made a massive difference because they were never made to feel foolish or stigmatised. And I know that’s been different for children elsewhere, so for that I am very grateful.

“It meant when they went to the Royal Academy they were remarkably unselfconscious, despite the lack of diversity there, or in the classical music world as a whole.”

With the focus now on Kadiatu, it must be odd to be centre stage after a lifetime of taking a back seat? “It’s the children people are interested in,” she insists, “but it is very strange to be the one up on stage, being interviewed and hosting Zoom appearances. But in a way it’s easier just being me, it’s a relief actually, because when I went to the children’s concerts I was always worried about the what ifs – the practical things that could go wrong.”

Regardless of their success she must also be concerned about the future, particularly for musicians? “It’s very hard at the moment. We had so much planned – full family tours of Antigua, Australia and Ghana, and the US and Europe in between. So we have learned not to plan anything. It’s a very frightening time for the arts,” she accedes.

And yet despite getting their lives down on paper, Kadiatu has only got started: “As soon as I finished the book I started thinking about what comes next. So I’m not done. I’ve still got lots of words left inside me.”

We can’t wait for the next instalment.

House of Music – Raising the Kenneh-Masons by Kadiatu Kenneh-Mason is published by Oneworld Publications and available in all good bookshops. https://oneworld-publications.com/kadiatu-kanneh-mason.html 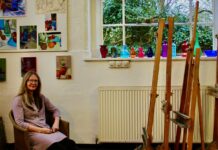 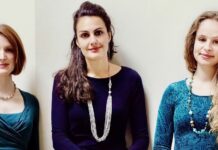