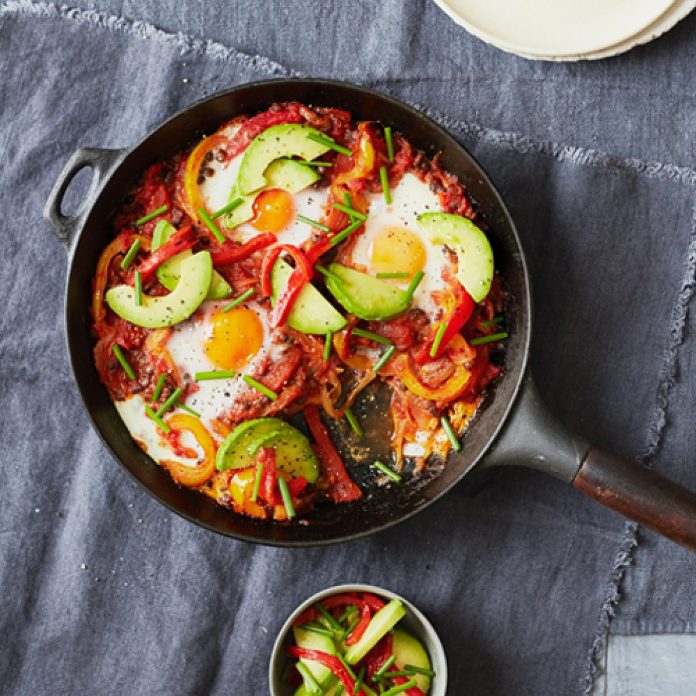 Alex Mackay, one of our favourite chefs, has shared one of his favourite recipes with us for the perfect weekend brunch.

Well known for his involvement at the cookery school at Raymond Blanc’s Le Manoir aux Quait’Saisons, as well as numerous TV appearances and cookery workshops with Delia Smith and Denman College, Alex is also a prolific award-winning cookery writer and one of the Merchant Gourmet chefs.

“I started working in restaurants completely by chance after being asked to leave school in New Zealand at fifteen. I washed dishes for a year before starting an apprenticeship and then as soon as I finished I bought a one way ticket to France.

“I spent nearly three years working in the kitchens of two starred Michelin restaurants in Burgundy, Tours and Courchevel. After this I went to work for my great friend and mentor Raymond Blanc.

“I was promoted to Sous Chef after six months. I left a year later to get a little rest in Bermuda where at the age of 23, I was runner up in Bermuda’s Chef of the Year Awards.

“It was then that Raymond called to ask me to the come back to Le Manoir as Director of L’École de Cuisine and Head of development for Blanc Restaurants Ltd in charge of all its publishing and consultancy activities.”

Alex spent three years at Le Manoir working on various projects and then opened his own school, Le Baou d’Infer, in Provence. It was soon placed in the world top ten by the Sunday Times and Conde Nast Traveller as well as being voted one of the World’s Finest by House and Garden Travel.

He added: “My projects these days are ever more varied, but food, and people that want to learn about it are always at the centre.”

This week, he took some time out from his busy Wheatley kitchen to share this recipe with us.

“Tomatoey French Lentil Huevos Rancheros is a great dinner, breakfast, brunch or lunch. The tomatoey lentils give the dish an extra dimension, the peppers perk up the eggs enormously and the sauce just kicks and screams with flavour.”

This recipe serves four people and is suitable for a beginner to tackle. It takes about 35 minutes to cook in one pan. It is suitable for gluten free and vegetarian diets.

Grated zest of half an orange

2. Get a shallow oven proof pan. Add the onion, garlic, yellow pepper, 4 tbsp extra virgin olive oil and water. Cover the pan. Sweat over a high heat, stirring occasionally for 8 minutes or until the vegetables are soft.

3. Add the tinned tomatoes, tomato puree and orange zest. Bring to the boil then lower the heat to simmer for 5 minutes. Add the lentils, bring back to the boil. Season to taste with salt, sugar to balance the acidity of the tomatoes and as much chilli powder as you like.

4. Break the eggs into the sauce, then put the pan into the oven for 6-7 minutes for eggs that are just set.

5. Peel the avocado. Cut it into slices. Put the slices into a shallow bowl, gently mix them with a pinch of salt, the chives, peppers and 2 tbsp extra virgin olive oil.

6. Once the eggs are just cooked, scatter the avocado mixture over the top. Serve straight from the pan.

Alex Mackay is a cook, a teacher, a writer and a food lover. His new book The Magic Fridge is out now. To find out more go to www.alexmackay.com