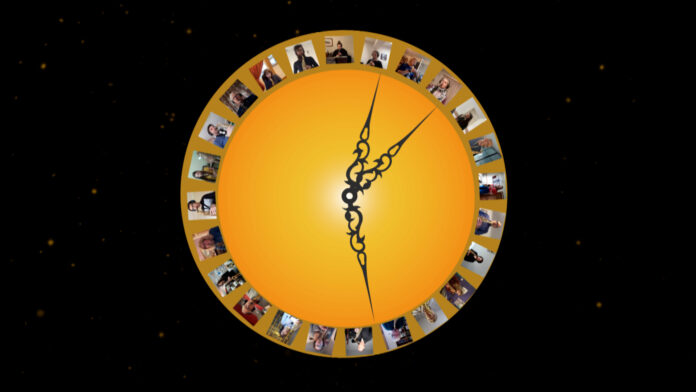 When award winning composer Lorne Balfe agreed to provide a special arrangement of his award-nominated theme music to BBC TV series His Dark Materials, Neil Brownless could scarcely believe it.

Neil, the Musical Director of Abingdon Concert Band, was absolutely delighted. After all, Lorne Balfe is a Grammy Award-winning, EMMY and BAFTA nominated composer, known for film scores such as Mission Impossible and TV series such as The Crown.

And although the initially recording involved the Abingdon band, they decided to open up the project to musicians all over the world, and soon had 166 global players contributing 193 recordings of themselves playing their parts.

Neil has since edited these into one enormous virtual performance video, which you can now watch. https://www.youtube.com/channel/UCa0A5zeCplhQ6g88UVncpew

“We are thrilled to tell you about this,” Neil says. “This has been such a great project to work on. Abingdon Concert Band has made a few virtual videos over the past year, but we are particularly excited about this one!

“the effort was worth it for the final performance we have”

“We’ve relished this opportunity to bring the highly evocative music to life ourselves, and to make new friends on the way!’

So how did the project come about? “Well we’d all watched His Dark Materials by Oxford-based author Philip Pullman set in Oxford, so the band were thrilled we were recording the theme music for our own virtual project,” Neil explains.

“We’ve been unable to rehearse together as a band since last March and had to find ways to keep our musical activities going. I approached the composer for His Dark Materials, Lorne Balfe, who kindly agreed to arrange the theme tune just for us. With the link to Oxfordshire we thought this would be a great piece to record.

Still a mammoth task? “We announced the project during our virtual Christmas concert in December and gave players two months to record their parts. Once I had received all the recordings I started work on editing together the audio and video. It took around a month and a half to complete, but I think the effort was worth it for the final performance we have.

“However, after recording a few virtual performances ourselves, we opened the premise up to players from all over the world, and it is wonderful that so many musicians have taken part.

“We put a call out on social media and had players from all over the world get in touch, including a Timpanist from Venezuela!”

“It has given all of these musicians a reason to keep practising, despite the current challenging circumstances presented by the Covid-19 pandemic.

“What we miss most of all is making music together for an audience. This video has enabled us all to contribute to a unique project and to feel connected with more fellow musicians than ever!” Neil points out.

Abingdon Concert Band is a community band, rehearsing and regularly performing in and around Abingdon. They play music ranging from film scores and television music and musicals to contemporary arrangements for concert bands.

It’s Chair Lucy Wainwright, says: “We can’t wait until we can get together again to make music, but in the meantime we’ve been incredibly fortunate that our Musical Director, Neil, has been able to give us opportunities to create and share music in the virtual world.

“We like to keep our programmes fresh and exciting, for audiences and players alike.”

The group also played a brand new piece that Neil had written – Keep the Rhythm Going. “We had such a fantastic response that we thought we’d do another massed performance,” Neil laughs.

For details on Abingdon Concert Band go to: https://www.abingdonconcertband.org.uk