Home Do HELLO CAMPERS: Creation urges you to get your tent out and enjoy...
Facebook
Twitter
WhatsApp 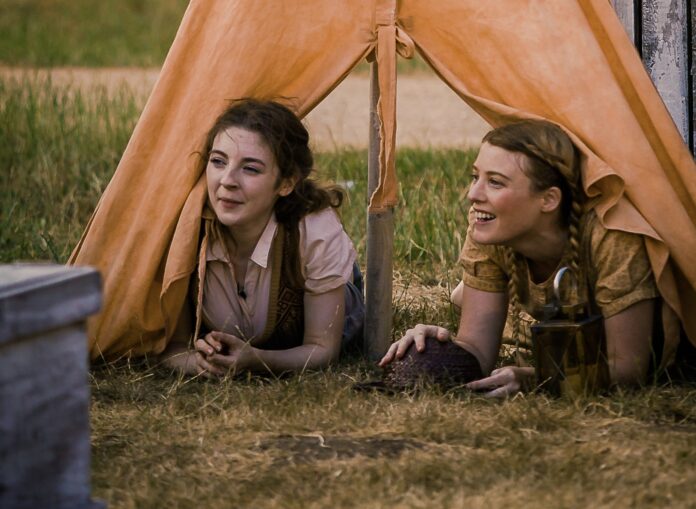 Get your tents out, erect a den, light a campfire and get settled in with your family for a night of storytelling. Discover what the Elizabethans thought of Henry VIII. Engage small children in Up, Up, Up and Away.

Who is responsible for this theatrical smorgasbord? Creation of course, Oxford’s most diverse theatre company, which has really come into its own since lockdown began.

Not only was Creation one of the only theatre companies in the world to produce new, live, virtual drama, but both The Tempest and The Time Machine sold out every night, teviews and audiences were global, and it continues to plan more inspiring concepts.

Creation’s next performance is a family friendly Alice In Wonderland, complete with a virtual theme park and rabbit hole

First up is Creation’s debut at Oxford Festival Of The Arts tonight when a Creation cast will virtually rehearse an abridged hour-long live version of the lesser known Shakespeare play Henry VIII, alongside Oxford University’s Dr Laura Jayne Wright.

So why hasn’t Creation, which specialises in Shakespeare, produced the play before? “It’s quite long and political so we have edited it,” Creation’s chief exec and creative producer Lucy Askew explains. “But the story is actually quite Wolf Hall – intense and moving and features all the expected characters from Katherine of Aragon and Cardinal Wolsey to Ann Boleyn and Henry himself. It was also the play responsible for burning down The Globe in 1613 when the actors fired cannons on stage and inadvertently set the theatre alight,” she adds.

Fitting perfectly with #OFAVirtual’s Field Of Cloth Of Gold theme, Lucy adds: “It’s fascinating to see the play written from an Elizabethan point of view because obviously Elizabeth was alive when Shakespeare wrote about her father.” https://artsfestivaloxford.org/events/creation-theatre/

Also today at 4pm, Creation is hosting Up, Up, Up and Away with City Actors – an interactive, adventure story aimed at children from 3-8 years old and their families.

“With the wizardry of modern video communication, we will beam the story (using webcams, green screens and lovingly hand-crafted puppets) into the safety of your living room,” Lucy explains, with a BSL interpreted performance on Saturday 4 July at 11am and a further performance on July 11.

As if that wasn’t enough, Creation then announced a huge story-telling festival fundraiser Creation Under Canvas on July 4 to enable them to continue paying and financing as many freelance staff as possible during the pandemic.

“It’s three hours of fun for children of all ages and there will be things for older kids and younger kids running simultaneously, as well as the kind of surprises, magic and silliness you would expect from Creation,” Lucy says.

“63% of Creation’s funds have gone on paying freelancers, to keep them in work, from actors to designers and directors, so we hope people will join us for this Zoom-based, interactive, fun and action packed night of activities and story-telling.”

Lucy also announced that this summer Creation will be bringing us a new, family friendly, virtual version of Alice In Wonderland from 1 – 30 August, which can then be extended if needs be. It will include a virtual theme park and rabbit hole, with ore details to follow, so watch this space.

“Our virtual performances have been a massive success,” Lucy accedes, “so it’s all quite mad here at the moment. But we are delighted and hope to continue to survive and be resilient in the face of this pandemic, to keep making new work.

“There are so many things bubbling away here. We have launched our School of Creativity summer schools for children and teenagers aged 5-19, there’s rehearsals and readings going on, story-telling and plays to plan. For details go to: https://www.creationtheatre.co.uk/summer-holidays-2-2/

We are getting so much better at the technology involved so are being more adventurous every time. It is an exciting time for Creation that’s for sure,” she said.

For details on all of the above go to: https://www.creationtheatre.co.uk