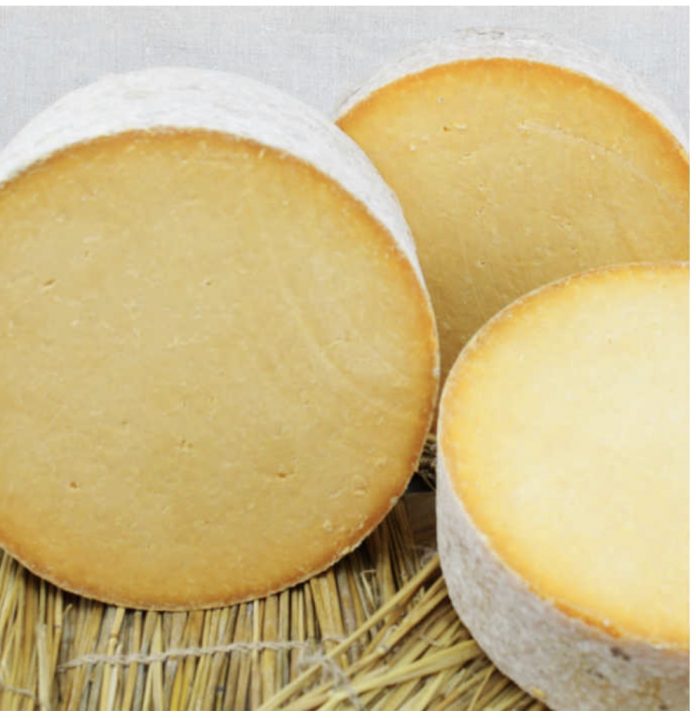 Many cheese makers have been facing an incredibly tough challenge since the lockdown because of the closure of pubs and restaurants in the UK.

So if you are hankering after a wedge of decent mature cheddar or need to tickle your lockdown taste buds with some new flavours then check out our quick guide to the best local cheese makers, cheesemongers and cheese sellers around.

Rachel Yarrow from Norton & Yarrow told us that they lost about £6,000 worth of cheese during March and April but things have improved a lot, and since Easter they have sold out and are having to turn away new enquiries because they are at full capacity.

This really is the time to support your local cheese makers, shop local and stock up for your very own lockdown socially distanced cheese and wine tasting session

“It seems to be a mixture of long-standing customers shifting their models, so much more online selling and local/national delivery, and local outlets experiencing a much higher than usual demand,” explains Rachel, “A couple of customers who used to buy through wholesalers who sold largely to the restaurant trade, come to us directly now.”

She added: “We’re still carrying a deficit from lost sales during the difficult period in March and early April though and have also had to restructure our team to take account of social distancing advice.

“So, we are trying to avoid having people who don’t live in the same household working closely together. However, it has constrained the way we can deploy ourselves and other team members considerably. Having no childcare with two very young children is also a big challenge!”

The first producers to be initially affected were those making younger, soft and blue cheeses, however as time has progressed the makers of harder and longer aged cheeses are also experiencing problems of too much stock and not enough space for maturation of new stock.

Bertie Wright, owner of Wells Farm Shop at Peachcroft Farm near Abingdon told us that cheese makers have been struggling hugely recently. “Cheese makers are reliant on hotels and restaurants being open – it accounts for about 90% of their business. So we are promoting them with our Oxfordshire Producers Box of produce that is sourced and made locally including Sinodun Hill and Brightwell Ash goats cheese from Norton & Yarrow.”

This really is the time to support your local cheese makers, shop local and stock up for your very own lockdown socially distanced cheese and wine tasting session.

2 North Parade, Oxford sells British and Irish farmhouse cheeses featuring a range of artisan British and Irish cow, sheep and goat’s milk cheeses that will offer a varied cheeseboard throughout the year. http://www.2northparade.com/our-produce.html

Daylesford Organic Farm just over the border in Gloucestershire stocks organic Adlestrop, Single Goucester and Daylesford Cheddar among others. Their herd of British Friesians are raised organically and are free to roam the green pastures of the farm. Go to www.daylesford.com for more information and to order online.

Jericho Cheese Company has been able to keep the doors open throughout the Covid crisis and is selecting different cheeses each week to create a delicious selection box, focusing on different producers as and when they need their stock to move. Go to www.jerichocheese.co.uk or ring 01865 516000 to order.

Little Village Dairy at Stoke Lyne makes and sells goats cheese. Go to www.facebook.com/thevillagedairy for more information and to order.

Norton and Yarrow Cheese make award winning artisan goats’ cheese. based at the Earth Trust Farm near Shillingford in South Oxfordshire, they make two cheeses. Sinodun Hill, is an aged lactic goats cheese pyramid based on a traditional French recipe. It was launched in March 2016 and was awarded ‘Best New Cheese’ at the Artisan Cheese Awards in April 2017, as well as Gold Medals in 2017 and 2018, and at the World Cheese Awards won a Silver in 2017 and Gold in 2018. Brightwell Ash, was launched in spring 2019 and is an ashed goats cheese disc with a natural rind. They have their own herd of pedigree Anglo Nubian goats – the ‘Jersey Cow’ of the goat world. More information and stockist details at www.nortonandyarrow.co.uk

Simon Weaver Organic Cheese, Upper Slaughter – award winning cheeses from the dairy herd on the farm from mozzarella to brie and a new hard cheese! Delivery is free on all orders over £35! https://www.simonweaverorganic.co.uk

We know there must be more cheese producers and suppliers out there that we would love to feature so if your go-to cheesemonger is not yet listed please let us know by emailing us info@oxinabox.co.uk

Wills Deli, Woodstock Road, Oxford sells an extensive range of local, regional and international cheese to buy in the shop or through delivery including the £35 Full Monty Cheeseboard. https://www.willsdeli.co.uk/cheese-board