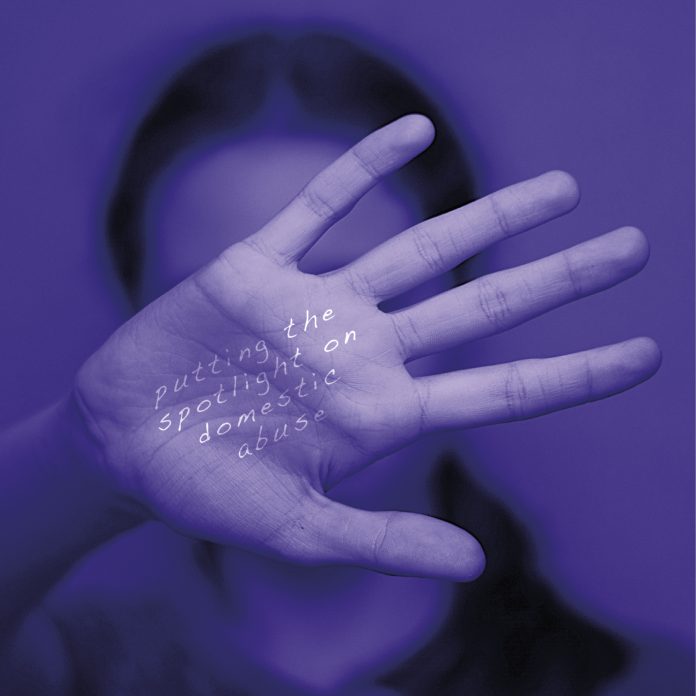 “Domestic abuse comes in too many forms and is hidden from too many people. Should I leave? Where will I go? What will they do to me? Who should I tell? Should I report my neighbour?” Gaye Poole says.

“We try and have a ‘call to action’ with every play and I had a chance discussion with someone about our ‘pipeline’ of issues we wish to explore and as Human Story Theatre tackles health and social care issues, it fitted the bill,” she adds.

Happy Ever After is the result, a one hour play with a Q&A, courtesy of Gaye and fellow actor Amy Enticknap who founded Human Story Theatre to act in plays about real issues, three years ago.

“The audience will see all that is going on that is usually hidden behind closed doors,” Gayle promises, ” to bear witness to the joy and eventual carnage of these two relationships.”

Ebullient Peter, a hard-working policeman and all round ‘good egg’ finds love a second time around with cautious Kate, an office worker who finds it hard to trust again.

Ash a charming and ambitious history lecturer and caring Naomi a talented, aspiring dress designer, marry on the same fateful day as Peter and Kate.

Happy Even After goes inside their lives over several anniversaries, sharing happy and more difficult moments with them, ‘for better for worse, to love and to cherish, ‘til death us do part.’

Gayle and Amy then found out about an organisation called ‘Reducing the Risk’ which recruits Domestic Abuse Champions to spot someone who may be being abused and to be a first port of call for help.

“So we hope to help recruit such champions for this pilot tour.,” Gaye says. “The Samaritans will be with us as well, because domestic abuse victims often have nobody to confide in. We are also partnering with A2Dominion Housing Domestic Abuse Service who will be part of the Q&A panel answering people’s questions and signposting to local services.

At our launch party on Thursday October 3 there will be ‘stalls’ from these organisations, Oxfordshire Sexual Abuse and Rape Crisis Centre as well as an exhibition from Clean Slate.

As a former nurse I often felt I was privy to the real pain behind people’s ‘presentation’ and definitely as a writer of this piece.

“I now hope that audience members will also be prompted to be more aware of people in their community who may need that first glance of ‘I understand’ and be ready to help when asked.”