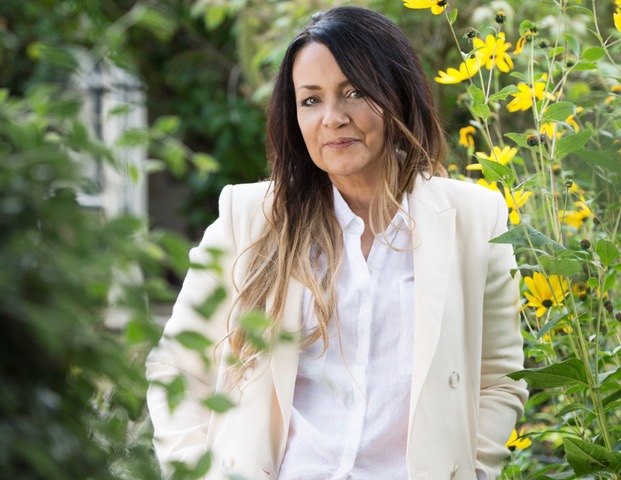 “I had to go through things to have something to say. You need a well to draw from as a writer, and apart from being a junior doctor, I’ve done so many different things. When you’ve lived a little, you understand people a little bit more.”

Joanna Cannon has certainly lived a little. Having left school aged 15 with one O’Level in French, she went onto a variety of jobs in a cafe, kennel and a fragrance department, before training as a doctor and psychiatrist in her mid 30s.

Considered a ‘wild card’ she graduated with flying colours and began working in A&E, where slowly it all began to unravel.

“I felt like a failure. What was the point of being a doctor if I couldn’t save people?”

Too ashamed to admit she wasn’t coping with the pace, emotion and trauma involved, Joanna began having panic attacks, stopped eating and looking after herself, and only confided in the hospital chaplain. As a mature student, late to the medicine game, she felt a responsibility to succeed.

Instead, during her lunch breaks, she would go and sit in the hospital car park and write. The result was The Trouble with Goats and Sheep, which Joanna didn’t expect anyone to read.

350,000 copes later, and published in 15 languages, she is still in shock, despite then writing The Three Things About Elsie which was short listed for the Women’s Prize.

Her latest novel Breaking & Mending – a junior doctor’s stories of compassion and burnout – is a different story altogether, literally, and a departure from her fictional style.

Because this is autobiographical, and for the first time Jonna is not only writing about what happened to her at work but also processing her own mental health issues and trying to make sense of them in a public arena.

listen to our podcast of Joanna Cannon chatting to Author Lucy Atkins about the book at oxinabox.co.uk

Which she will be doing tomorrow night at Blackwells when she holds a “Conversation With’ evening, interviewed by local Oxford author Lucy Atkins.

“So yes, this is my story and there is no one to hide behind – a very different kettle of fish entirely. It’s been quite an ordeal, but a very therapeutic process at the same time,” Lucy explains.

A daunting prospect then? “No. I don’t mind talking about myself. It’s just strange to be talking about my own story. I hope by sharing these stories, they will help people – not just in the medical profession but anyone dealing with burnout and stress.”

So what went wrong? “I was already struggling but things came to a head when a female patient died and I couldn’t help her. I was with her when she died and then afterwards I couldn’t stop crying. I couldn’t go home.

“I felt like a failure. What was the point of being a doctor if I couldn’t save people? That was my lowest point.

“I had no energy, low moods. It takes energy to do something about it, which I didn’t have, and you feel ashamed at the same time. So whenever we had welfare checks, and I was asked how I was, I just said ‘OK,’ even though I wasn’t at all.

“It’s very hard to admit that you aren’t coping in front of someone who has already been through the process and coped admirably.”

The added pressure of course was that Joanna had been a mature student. “They took a risk with me which I was always very aware of. I couldn’t throw in the towel when they had made an exception and believed in me. I felt responsible for all the other mature students trying to get into medicine. I couldn’t let them down either. And besides, I had worked so hard to get there.

“But then I came to realise I was a human being first and a doctor second and that I could still make a difference.

“When someone got claustrophobic in the MRI scanner or had a needle phobia, they would call me. I had a valuable skillset in psychiatry as well as the ability to listen to people.”

Eventually, Joanna’s book commitments began to overshadow those as a doctor, and now she volunteers on the wards talking to the patients for charity Arts For Health.

“I couldn’t turn down the chance of a lifetime but this way I still get to make a difference.“

As for her own mental health, Joanna says: “I haven’t got away from the things that haunted me, but writing about them has been very helpful.

And what of those who still believe in a stiff upper lip approach? “That attitude kills people,” she says simply. “That’s when people start taking their own lives, this bravado about their vocation, that mental health is still seen as a weakness, that no one should be talking about it or not coping, that we should just be brave. That’s what has to change.

“And I have come to realise that everything that happened is part of me. This is who I am. Whether it’s grief or tragedy, they are the layers and we need to embrace them.

“But we also need to learn how to listen to other people and to look for clues, to reach out and speak to them and ask people if they are alright.

“I was lucky because even though I never had time to process anything, or the time to think about what happened to me at work, writing was the only way to get things out of my system.”

As for her life now, Joanna says: “It’s been like a like a Richard Curtis film – the opportunities I’ve been given, and the new things I’ve experienced, the people I have met and the sheer pleasure of walking into a bookshop and seeing my novels up on the shelves. I will never get used to that. It’s so great to make that connection with people.

“People contact me on social media all the times saying ‘your probably bored of this but I just wanted to say how much I love your books’, and I am always so overjoyed. I never get bored of hearing that,” she laughs, “even three books later.”

Presumably Joanna already has a fourth novel lurking about in the background then? “Yes, it doesn’t have a title yet but its about envy and how destructive it is. It’s about comparing ourselves to other people and how destructive that is, about being careful what you wish for.

“So I have learned to write for the sheer joy of it, to just tell the story I want to and not pander to people’s expectations. It seems to be working so far.”

Joanna Cannon will be discussing her new book Breaking and Mending with Lucy Atkins at Blackwells in Oxford at 7.30pm on Tuesday Oct 1. 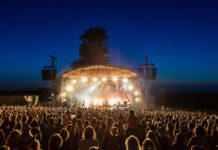