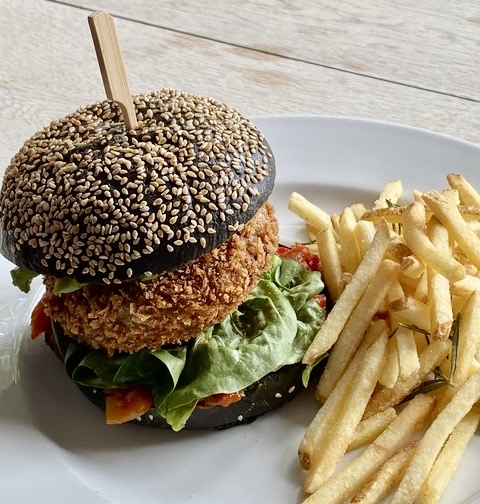 Oxford’s famous, bustling, canalside pub The Punter in Osney Mead has been transformed during lockdown into a new veggie/vegan gastropub, keen to tap into Oxford’s burgeoning herbivorous scene.

Once frequented by the likes of David Cameron, The Punter will now be attracting a less carnivorous crowd and hopes that not only vegetarians and vegans but those choosing to eat less meat will come flocking.

It’s a brave move considering the current lockdown and socially distanced climate but owner Tom Rainey and his keen team have taken the plunge regardless and are delighted with the results, overseen by head chef Max Cooper.

Manager Chris Alexander said: “Tom has being wanting to do something at The Punter for a while now.

“There are so many vegans and vegetarians looking for somewhere to eat in Oxford and we want to fill that gap and tap into that market.

“Tom just wanted to do something a bit different because The Puunter hasn’t varied much since he took it over seven years ago.

But what of the old adage ‘if it ain’t broke don’t fix it’? “That’s not a reason not to try something new,” Chris points out.

“We had our best year ever at The Porterhouse (Tom’s steak and guest house down the road) but Tom just wanted to do something a bit different at The Punter because it hasn’t varied much since he took over seven years ago.”

And what of the narrow boat regulars calling in for a Sunday roast or a bacon sandwich? “Well we haven’t had any complaints so far. It just means that our customers get to try something else, but equally as tasty.

“On the other hand it shouldn’t be that big a deal. We are still producing some amazing food here in our kitchens, which have been totally refitted during lockdown, and are keen to show our customers old and new what we can produce. “

So what of the food? What can we expect? “Max’s approach to food hasn’t changed, but he’s really excited and producing some fantastic new creations,” Chris says.

There’s an heirloom tomato, white & broad bean barley salad with Sujaira goats chees this week, an almond, chickpea & courgette burger with rosemary fries, avocado, and a charcoal brioche,  a fennel, lemon, chilli spaghetti with cherry tomato & parmesan and even some vegetarian cheese on the menu.

“Max is really passionate about the new menu, rather than churning out the same old stuff. And there’s some lovely mezze boards for drinkers or those just fancying a snack or to graze, so we hope there is something for everyone,” Chris says.

In the meantime, The Punter has been given a new lick of paint, and a quick makeover in time for the busy summer trade.

Having already opened, Max will tweak the menu continually. “We’ve had a purposefully quiet opening week to keep an eye on things, but are more than happy with the results so far,” Chris continues.

“There is definitely a gap in the market for somewhere like this and Oxford deserves it. And as Oxford’s vegetarians and vegans are quite vocal we hope word will spread quickly. We cannot wait to see them all. It’s really exciting.” 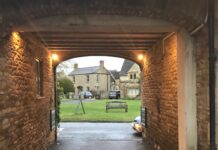 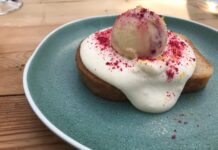 REVIEW: The perfect weatherproof spot – The White Hart in Fyfield is as brilliant as ever 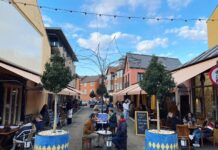 TOP 65: Where to eat outside from April 12 in Oxfordshire’s pubs, cafes and restaurants. Get booking!