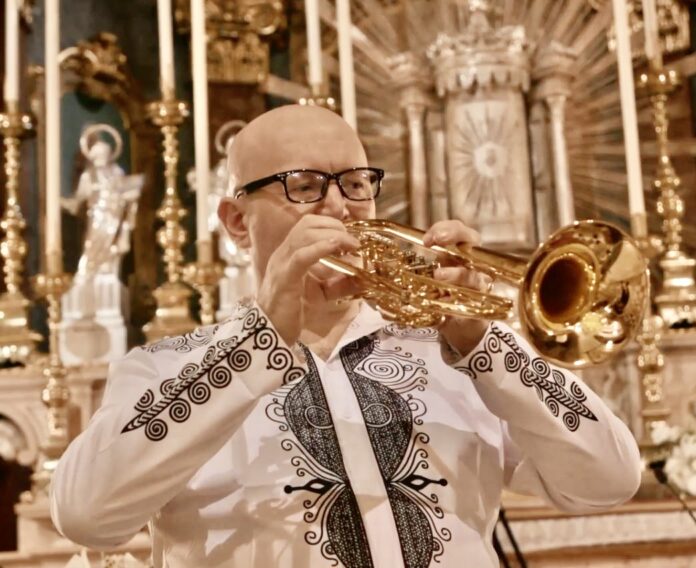 If you’re looking for a diversion over the Christmas holidays, or want to reactivate your little grey cells after all that turkey and Christmas pud, then the Oxford Festival of the Arts has just the thing.

The OFA’s new Say It In 60 Seconds project calls on existing and budding composers to write a short piece for the trumpet – to last no longer than 60 seconds – and send it in for possible inclusion in a professional mini video.

The winning pieces will be played by trumpet virtuoso Brendan Ball in a video put together by eminent filmmaker Roberto Umaña.

The project is part of the OFA’s commitment to sharing music with as many people as possible.

“I was thinking about what we can do virtually that can reach people across different ages and share on social media,” says festival director Michelle Castelletti. “Composing something for a minute is much easier than composing for a fully-fledged string quartet. Plus,  I wanted it to be visual too, something we could create a film to.”

The project was launched with a specially commissioned trumpet piece, Gone in 60 Seconds, written by international award-winning composer Paul Max Edlin. A video of Brendan performing the piece at St Publius Church in Floriana, Malta, on 31st October is available to view on the OFA website.

“Paul is a terrific composer,” says Michelle, “his soundworld is so beautiful, really very magical. And I’ve known Brendan for a few years – he’s a phenomenal trumpeter. I’m a conductor, really, as a profession, and I’ve conducted Brendan in the Malta Philharmonic Orchestra, and I think he has great character.”

Paul and Brendan are equally as delighted to be involved.

“This project is such an exciting initiative!” Brendan says. “I am looking forward immensely to seeing the competition entries. In Gone in 60 Seconds Paul has written a gem of a piece, which gives the performer ample opportunity to express himself and display his solo wares.”

Paul adds: “It is such a thrill to be able to write for Brendan. Having to write a miniature work that says so much in a short space of time is a lovely challenge. Gone in 60 Seconds covers over three octaves and requires huge skill to negotiate. Brendan has that skill in abundance!”

Roberto says: “Working on such a beautiful project, which involves not only the beauty of art but also the beauty of a country like Malta and its impressive architecture, is phenomenal.

“Brendan has been the perfect ally and Paul’s masterpiece adds ingenuity to the competition.”

Within a week of the official launch of the project, the video of Gone in 60 Seconds had attracted several thousand views, and competition entries started to pour in.

“It’s very unusual to have started receiving applications like this, and I think we will get a lot more,” says Michelle. “The ones we’ve received already are very exciting.

Entries for Say It In 60 Seconds need to be in by 4th January.

The project will continue to run throughout 2021, and will focus on different instruments in turn.

It’s all part of the OFA’s commitment to keeping music alive during the pandemic, and Michelle sees virtual projects such as this as an ideal way of reaching out to the wider community.

“Even when the world is calmer, I still think this kind of project is valid. It looks like it’s something that has legs and that people will react to very positively, so I’m thinking it is a project that will continue to evolve,” Michelle adds.

For more details about the Say It In 60 Seconds project, including how to submit entries, visit https://artsfestivaloxford.org/whats-on/say-it-in-60-seconds/