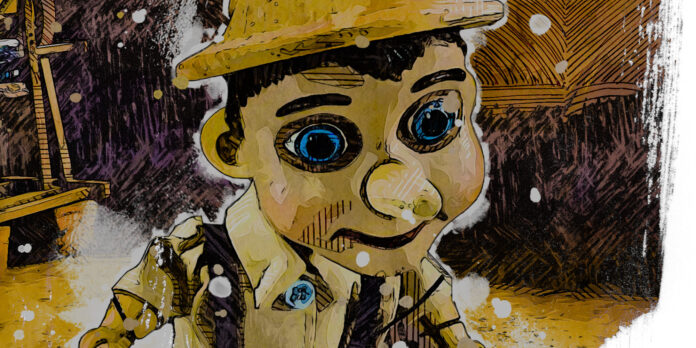 Christmas wouldn’t be Christmas in Oxford without a Creation show, especially now that families can go out and enjoy themselves again.

So to hear that Pinocchio is being adapted as Creation’s festive treat at The North Wall is a gift all in itself.

Based on the Italian children’s novel The Adventures of Pinocchio by Carlo Collodi, rather the 1940 Disney film, rehearsals are already underway for the Christmas fairytale which kicks off on December 15.

And with well known playwright Lizzie Hopley on board, it looks like we are in for an exciting ride. “I wanted Pinocchio from the word go because it is the go to show for Christmas,” she says.

So what can we expect? “I wanted to make it as relevant and family friendly as possible so that people can get together in person to watch a real Christmas show. But I also wanted to take it in a different direction from Disney, so this is as traditional a version of this story as you are going to get.”

“I have got a four year-old nephew so I had him in mind when I began the writing process something to occupy a four year-old that’s also exciting for adults, so that everyone enjoys it on a certain level.

“But it also needs to have a finger on the pulse of what it means to be a modern child in all its inclusivity, and Pinocchio is a very inclusive story.”

“That mix of darkness and humour is what I’m after – not being overly modern but still being relevant. Throw in the theatrics, music, magic, circus, songs and staging and you’ve got the whole package.”

Working alongside director John Hoggarth the pair both loved Pinocchio’s themes: “Pinocchio says everything we want to say because it’s only human to make mistakes – everyone has been there, and in the end Pinocchio comes back to his family. A homecoming after an arduous time is something we can all relate to – young and old,” Lizzie adds.

“So I had to be careful because the original story is dark but what I took from it was someone trying to be a perfect boy rather than a real boy, and how in the end it’s all about being a decent human being.

“So we want you to laugh, be moved and have a bloomin’ good time. We all want the same result – an odyssey that takes you on a journey.”

“And besides, The North Wall is such an amazing theatre and already has a really magical feeling about it.”

And with cabaret style seating, whatever your party size – Pinocchio is the hot Christmas ticket to get your hands on!

Pinocchio runs from 15 December – 3 January at The North Wall, Oxford. Minimum party size of 2 and maximum of 6.  For ore information or to book go to https://creationtheatre.co.uk/pinocchio/#1634803979184-feeffcd6-1027 or click on the Creation banner at the top of the oxinabox.co.uk website.