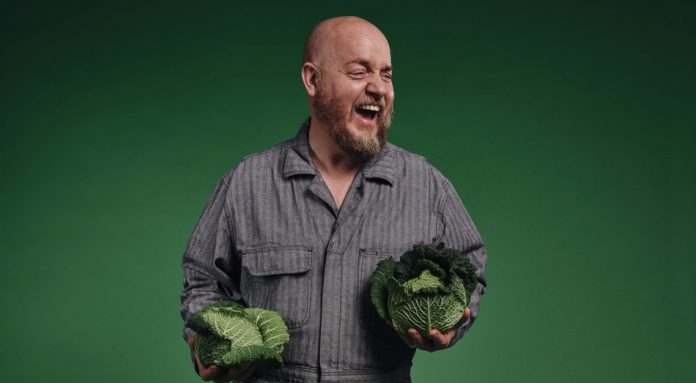 “My name is George Egg and I cook food and make people laugh. I used to do these two things separately (food at home, laughs at gigs) but then about five years ago I had an epiphany.

“I realised that there was no reason why I couldn’t combine the two. So I did. I started cooking food on stage while telling jokes and five years and three shows later I’m still doing it, more than ever and all over the world.

“The first show was about cooking in hotel rooms. That one, ‘Anarchist Cook’, was born of real life experience. During my years doing stand up gigs and staying in hotels I’d got into the habit of cooking in my room using the appliances (kettle for boiling, steaming, poaching etc., irons for frying pancakes and toasting bread, hairdryer for popcorn, trouser-press for, well, loads of things).

“So I turned those experiences into an hour long show with the stage set up like a regular Premier Inn room and me flailing around cooking three plates of proper food (a starter, a main and a dessert) while telling jokes and tales of my experiences doing it in real life.

“The show was, I dare say, a smash hit. It sold out the entire run at the Edinburgh Fringe and went on to tour the country and beyond for a year and a half.

“Having found a niche that I was unique in occupying I needed to keep the momentum going and came up with show number two, ‘DIY Chef’, which this time saw me in a rather Heath Robinson-esque shed-cum-workshop where I cooked with power tools.

“Again, three plates (this time a breakfast, lunch and dinner). I poached kippers with a wallpaper stripper, made butter with an orbital sander and pasta with a paper-shredder. Another sell out Edinburgh run led to another tour even longer that the last.

“This third show sees me on the move, and is aptly called ‘Movable Feast’. My job involves a lot of travel so this time the three plates (vegetarian, fish and meat) are cooked with things you’d find on a train, in a plane and at the airport and, chiefly, in a car (as well as making use of neglected and abandoned road-work tools).

“I like to think there’s a deeper message that I’m putting across. I think my shows are about being resourceful and imaginative. I think they’re about rebelling and refusing to conform. They’re about thinking outside the box, being creative and, frankly, sticking it to ‘the man’. And they’re also about being alone and coping. Each environment I put myself in is an isolated one, a place where people find themselves battling with their demons and thoughts.

“All rather deep perhaps, so if you prefer they’re just about cooking with things you wouldn’t normally use, making a mess and having some fun.” 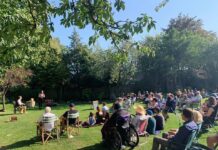 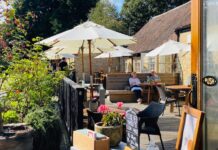 REVIEW: Why The Bear and Ragged Staff in Cumnor is perfect for a late summer staycation lunch 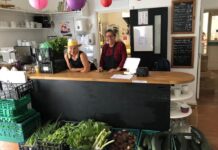