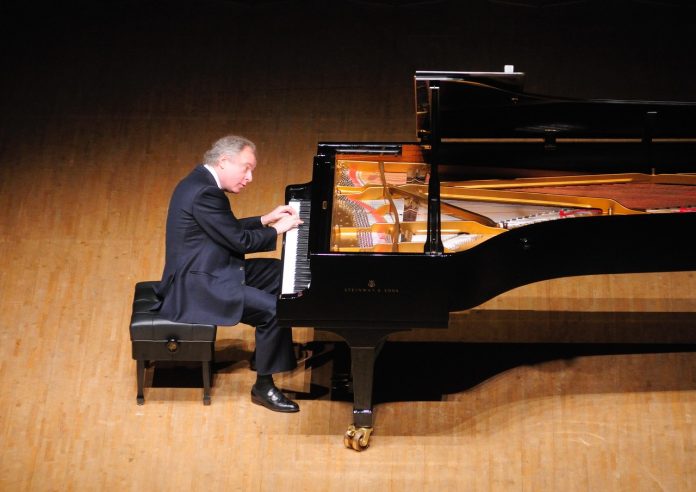 If you’re not a Beethoven fan you might want to look away now, because it’s the great man’s 250th birthday this year and there’s going to be a whole lot of Beethoven going on in and around Oxford. If you are a fan – well, join the party and get ready for a Beethoven fest like you’ve never seen before.

The fact that Oxford is twinned with Bonn, where Beethoven was born on 17th December 1770, makes this celebration extra special – and yes, the city will be welcoming musicians from Bonn to join in the festivities.

Leading the celebrations is the Oxford Philharmonic Orchestra, which is weighing in with a year-long festival that starts on 25th January and runs through to 13th December.

“It’s probably the most comprehensive celebration of the composer anywhere in the UK,” says Marios Papadopoulos, the orchestra’s founder and artistic director.

Marios will be directing three of the Beethoven piano concertos from the keyboard on 25th January and 6th and 13thFebruary, with each being performed alongside one or two of Beethoven’s symphonies.

There is also a focus on some of Beethoven’s chamber music repertoire, featuring high-profile ensembles such as the Takács Quartet and Juilliard Quartet, while actor Jeremy Irons recites T.S. Eliot’s Four Quartets alongside a performance of Beethoven’s String Quartet No.15 in A minor.

There are choral treats, too, including the Mass in C major with Eilana Lappalainen (soprano), Marta Fontanals-Simmons (mezzo-soprano), Joshua Ellicott (tenor), Božidar Smiljanić (bass) and conductor Peter Tiboris, and Christus am Olbergewith Eleanor Dennis (soprano), Ian Bostridge (tenor) and David Soar (bass) join the orchestra and the Choir of Keble College in Christus am Olberge,

In May, Marios Papadopoulos conducts a concert performance of Beethoven’s only opera, Fidelio, featuring Emma Bell as Leonore, Andrew Staples as Florestan and the Garsington Opera Chorus.

There is also some serious intent at the heart of the festival. In keeping with the Oxford Philharmonic’s status as Orchestra in Residence at the University of Oxford, there is a study weekend and a two-day symposium, as well as a performance of Beethoven’s Symphony No.6 in F major, the ‘Pastoral’, as part of an international initiative to highlight the need for a global effort to combat the effects of climate change.

“Particularly significant is the symposium, where about twelve of the world’s leading scholars will converge on Oxford to deliver the latest research,” Marios explains.

“The Pastoral Project is on World Environment Day, 5th June, when orchestras around the world will playing the ‘Pastoral’ symphony. We will also be doing a schools project on that day, and there will be a panel discussion on the environment.”

The Beethoven Festival comes to a grand finale on 13th December with the Fantasia in C minor, ‘Choral Fantasy’, and the magnificent Symphony No.9 in D minor, ‘Choral’, for which the orchestra will be joined by the Philharmonischer Chor der Stadt Bonn. Soloists are Claire Rutter (soprano), Angela Simkin (mezzo-soprano), Toby Spence (tenor) and David Shipley (bass).

But it’s not just Oxford Philharmonic celebrating Beethoven’s birthday – other local organizations are getting in on the act too.

Music at Oxford follows in May with a series of three concerts by the Phoenix Piano Trio – Sholto Kynoch (piano), Jonathan Stone (violin) and Christian Elliott (cello) – who will be exploring Beethoven’s piano trios at the SJE.

“The Oxford Philharmonic is doing all the piano concertos, but Sholto and I realized that there’s space for the piano trio music,” says Rebecca Dawson, MAO’s general manager.

“Of course the SJE has got that superb Steinway piano, which I think is perfect for that. So it will be a lovely mini series, and it’s really nice to have that journey through Beethoven’s trio music. It’s going to be wonderful.”

If you want to see a fully-staged performance of Fidelio, Garsington Opera is reviving John Cox’s popular production, which was originally staged at Garsington Manor in 2009 and then revived at Wormsley in 2014.

The production runs on various dates from 25th June to 17th July.

Finally, look out for the Oxford Chamber Music Festival, which celebrates its own 20th anniversary in October and will also be marking Beethoven’s birthday.

There may well be other Beethoven treats popping up during the year, so get in the party mood and help celebrate the birth of one of the world’s greatest composers.