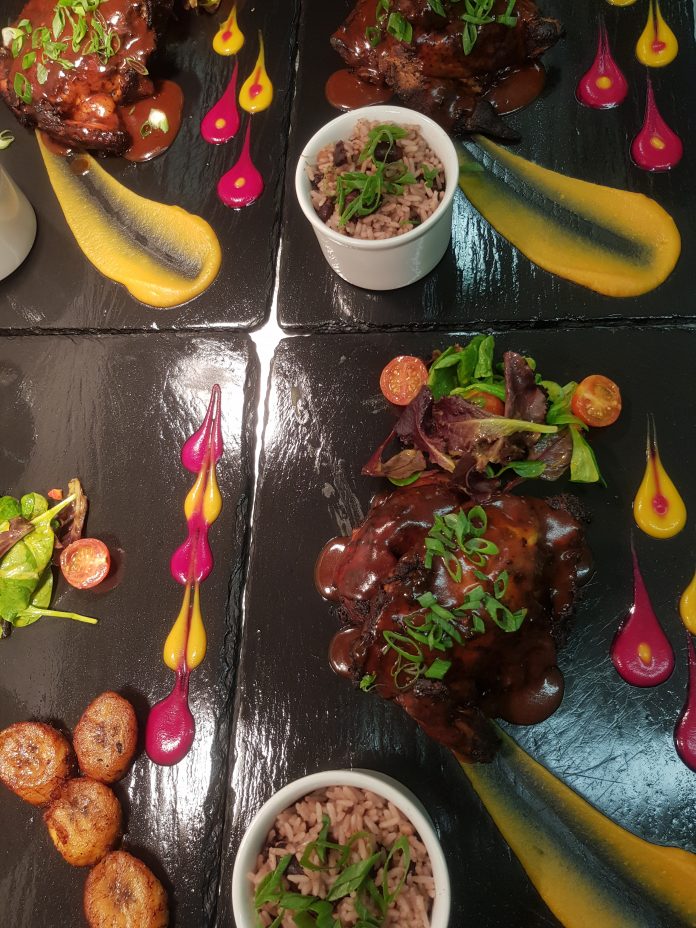 The devastation caused by Hurricane Dorian in the Bahamas was enough to spur the staff and owners of Spiced Roots on the Cowley Road into action.

“So much of The Bahamas has been destroyed that we had to do something to help,” owners Michael Krah and Jumoke Brewster tell me.

Bringing front of house and DJ James-Earl Sewell into the mix, the trio have devised a full evening of entertainment with food, music and cocktails, as well as a DJ set, to help raise money for the hurricane victims, from 6pm on Sunday, until late.

“We have some international DJs coming including Ovaproof, and want to create a really fun vibe with people playing dominos and cards and some great street food, like jerk chicken, rotis and doubles, which are really famous but extremely rare. People come from miles around to try our doubles (small pancakes with chick pea curry, cucumber pickle and a tamarind sauce, which you eat with your hands).

All proceeds from the Bahama Mama Cocktail Special will go to The Hurricane Dorian Relief Fund set up be the famous NBA player Buddy Hield, which specialises in rebuilding the affected areas, as well as supplying emergency aid, particularly where any children are concerned. “It is a reliable charity,” they tell me solemnly, “helping to rebuild the communities and structure of The Bahamas for a new generation.”

“Sunday night will be about not only coming together as a Caribbean community, but also as an Oxford one, because Oxford is such an open-minded and forward thinking city and population,” Jumoke explains. “They have more of a world view here.”

For those of you who haven’t been, Spiced Roots is a fantastic Caribbean restaurant which opened on the Cowley Road three years ago, on the day of Cowley Road Carnival, and one of my personal favourites.

As well as an eye-watering collection of rums (over 100 at the last count), to tempt you with, the restaurant serves some mouth-wateringly good food, and the best chicken wings for miles.

“There is a big street food vibe in Trinidad and we want to replicate that,” the duo said, who have lived in Oxford for decades.

Hailing originally from Trinidad, the owners said Oxford has a thriving Caribbean culture, but couldn’t find the kind of food they used to eat at home.

“All Caribbean food seemed to be anglicised – served in a beach shack style set-up, or chains, so we wanted to change people’s perceptions, because the Caribbean we know isn’t like that. We wanted something more authentic.

“There were take-aways but they didn’t have any atmosphere so we wanted to change the way English people saw Caribbean food.

“We wanted a fun vibe. People come from all over from our food, but we think a good atmosphere is just as important,” Michael and Jumoke say.

“We wanted to create simple tasty food that could take on any fine dining establishment. “We could compete with any Michelin starred restaurant now,” they smiled.

“And Cowley Road is changing. When we opened people said we were too high end, but that’s changing now. It’s becoming more upmarket.”

Bahama Mama runs at Spiced Roots on Sunday from 6pm-late.