It was a night of epic celebrations for Oxfordshire’s hospitality industry yesterday at the Ox In A Box Food Awards, as the county’s culinary champions met, mingled and received their rightful recognition for the stellar work they’ve achieved over the past two years.

And what a night it was, as the great and the good packed into the wonderful Old Fire Station in Oxford for a black tie and canapé reception, followed by the awards ceremony themselves hosted by founder Katherine MacAlister, alongside Raymond Blanc OBE and Masterchef’s India Fisher.

As if that wasn’t enough, the team from the Osler Respiratory Unit at the JR, who looked after Raymond Blanc when he had Covid, made a surprise appearance and received a standing ovation. There wasn’t a dry eye in the house, especially when ‘Singing Sally’ the ward sister sang a beautiful and impromptu duet with Raymond.

But the guests were there to find out who had triumphed in the 13 contested categories, whittled down to just four finalists in each from hundreds of entries. Over 20,000 members of the public voted.

AND THE AWARD WINNERS ARE:

Best Cafe The Milkshed, Weston On The Green

Out Of The Box Award – The White Hart, Wytham

A massive congratulations to all the winners, who have excelled at what they do to Make Oxfordshire such a culinary destination.

We also introduced our Food Hero Awards for the first time, to recognise the enormous hard work going on behind the scenes to feed the vulnerable and the NHS, the winners were: 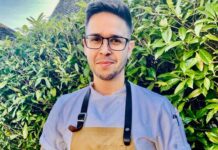 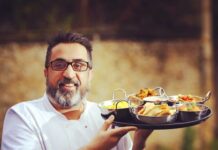 EXCLUSIVE: We review V-giyan’s Oxfordshire vegan Punjabi curry delivery as it opens new base in Woodstock to meet demand 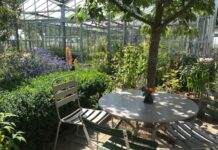 REVIEW: “It’s a really special place” Why the eco-friendly Worton Kitchen Garden in Cassington is a new favourite!