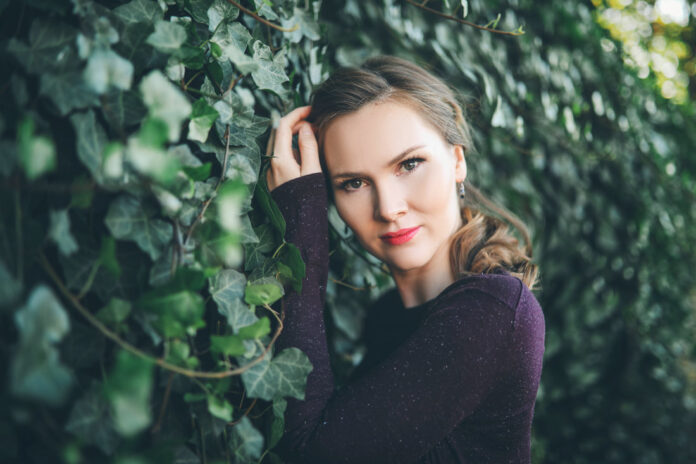 Looking to brighten up those autumn evenings without stirring from your sofa? Then look no further than the series of seven chamber music films set to be digitally streamed over two weekends from October 23 – November 1.

The Positive Note Autumn Sessions, linked by the theme Nature in Autumn, were filmed in Radley College’s Silk Hall with a starry line-up of established and emerging musicians.

The project was conceived by tenor Daniel Norman, the founding director of film production company Positive Note, to bring performers together for the first time in months and enable them to earn some much-needed income.

The series builds on previous successes – including the magnificent St John Passion from Isolation, a co-production with the Oxford Bach Soloists, which was livestreamed over nine episodes last Easter and involved more than a hundred performers.

“if audiences don’t get used to the fact that these things need to be paid for, performers won’t have any income whatsoever”

“That was a massive effort and we developed lots of skills in the process,” Daniel says. “Anyone that’s done any livestreaming will tell you that it’s quite a stressful process, and if there are any technical problems there’s nothing you can do about it.

“So this time we decided to go for a safe option and film a series of programmes to stream at a later date. This means that we could concentrate on producing a really good broadcast quality of sound recording and film of these chamber music performances.”

The opening programme, The Dance Continues, features international singers Roderick Williams, Anna Dennis, Marta Fontanals-Simmons and Daniel himself, with Oxford Lieder Festival founder and artistic director Sholto Kynoch at the piano, in a selection of songs about trees and birds. Daniel’s son, Wilfred, also makes an appearance in two of the songs.

After failing to secure Arts Council funding for the project, Daniel created a crowdfunding campaign to cover essential costs

Daniel features again in Eternity’s Sunrise on 29th October, in a programme that includes Vaughan Williams’ Ten Blake Songs, illustrated with Blake’s own artwork. He is accompanied by oboist Emily Pailthorpe, who is joined by flautist husband Daniel Pailthorpe for Ginastera’s Duo for Flute and Oboe.

Another attractive programme is The Truth About Love, which includes Schubert’s Shepherd on the Rock, Finzi’s Bagatelles, Britten’s Cabaret Songs and a selection of Percy Grainger’s folk song arrangements, performed by singers Helen Sherman and Claire Egan with Charlotte Brennand (piano) and Catriona Scott (clarinet).

There is also a programme devoted to music by female composers with Diana Moore and John Reid, Beethoven’s Kreutzer Sonata with Sholto Kynoch and violinist Jonathan Stone, and piano trios by Haydn and Smetana with the exciting new Mitsu Trio (Laura Custodio Sabas, Akito Goto and Tyler Hay).

The series is brought to a close by acclaimed vocal consort the Gesualdo Six with a selection of a cappella settings spanning five centuries. This will include Fantasia on English Children’s Songs by the group’s director, Owain Park.

Each programme will be followed by a live Q&A, giving audiences an opportunity to interact with the performers.

The programmes have been filmed by the Radley College Film Unit, with Jeremy directing, and with sound engineering by classical music film specialist Myles Eastwood of Eastwood Records.

“We’ve been editing the films together, adding a few little film elements that overlay some of the songs, and we’ve filmed introductions between some of the songs,” Daniel explains. “And we’ve got new animations by Jeremy.

“The idea was to create an enhanced performance that made a virtue of the fact that we can’t all be in the same room together, and to take something that the film element can offer, which you can’t have in a live performance unless you’ve got a screen. Here you’ve got interaction going on, which I think is really nice.”

As with all arts projects at the moment, this chamber series has been a test of everyone’s ability to adapt to a new way of producing music while ensuring Covid safety at all times.

“Radley College have been super supportive, really helpful,” says Daniel. “They’re really keen to expand the way they interact with the community. They want to make their facilities more available to other people in a way that makes things possible that otherwise wouldn’t be, and this is a great example of that.

“They’ve bent over backwards for us to put Covid mitigations in place, and we both produced risk assessments for it.

“It was a long process making it all possible, a very stringent process involving the spacing where we were performing, temperature measurements, all the things we’ve got used to but at that point we were learning how it all needed to be done.”

Most importantly, the sessions are a vital lifeline for the musicians, offering performance opportunities and some much-needed income. After failing to secure Arts Council funding for the project, Daniel created a crowdfunding campaign to cover essential costs.

“That’s been really successful,” he says. “We’re just shy of £10,000 now on the crowdfunder, so production costs are all paid for and any ticket sales are going to be shared among the performers, some of whom have had six months or more now with no paid work.

“We’re not out of the woods yet – there’s going to be many more months of cancelled contracts and no money coming in.”

Despite the success of some recent live performances – such as Waterperry Opera Festival and Garsington Opera – it seems that digital streaming is going to be the ‘new normal’ for some time.

Daniel agrees: “I think it has to be, which is why we’re charging for tickets. A lot of the big organisations have been able to make stuff available for free as part of their fundraising activities, but in almost all of those cases those organisations haven’t passed any of that money on to performers.

“That’s why we’re charging for access to the streams, because if audiences don’t get used to the fact that these things need to be paid for then performers aren’t going to have any income whatsoever.”

This digital revolution has been a steep learning curve for the arts industry, but Daniel has a positive view.

“It’s a kind of correction for the lack of digital provision,” he says. “Certain groups and organisations have been quite progressive about making that available – Royal Opera and Glyndebourne have wonderful live streams going into cinemas, so they have really embraced that.

“But I think we’re now discovering that this can be done on a smaller scale and on a lower budget for smaller organisations, but we need the audience to come to the party too if that’s going to work.”

So there you go – put the dates in your diary, get some drinks and nibbles in, and enjoy this autumn digital party.

“The idea was to make a sort of mini festival with something for everyone,” says Daniel. “So if there’s something you’re not enjoying so much, there’ll be something you will enjoy just around the corner.

“We’ve got some really wonderful performers and a really interesting set of programmes.”

Tickets are available at https://www.crowdfunder.co.uk/positive-note-autumn-sessions, where you can also find out more about the series and watch a video about the crowdfunding campaign.