Home Do Books Always wanted to run your own bookshop? Now’s your chance as the...
Facebook
Twitter
WhatsApp

The Woodstock Bookshop is up for sale, which will come as a huge blow for its endless loyal customers and fans across the country, while offering an amazing opportunity for someone who has always wanted to own and run their own.

After all, this is where the Woodstock Poetry Festival began, now one of the best in the country, and where numerous book signings and talks occur, most recently a fundraiser for Refugee Tales boasting author Patrick Gale and poet David Constantine.

“A new owner, with energy and vision, could carry the bookshop forward into the next decade and I hope that will happen”

But however successful The Woodstock Bookshop is, we can’t, it seems, change owner Rachel Phipps’ mind.

What we can do then is help her find the ideal person to take over the reins and buy the bookshop as an ongoing concern.

So why is Rachel throwing in the towel now? “When I first opened at the beginning of May 2008 I had no idea it would still be here, almost 12 years later; that the bookshop would have hosted so many talks by writers and poets I most admire, and been shortlisted three times for independent bookshop of the year,” she tells me.

“I had no plans to start a poetry festival that ran for eight consecutive years and featured most of the best poets writing today.

“Most importantly, I had no idea of the many kind and wonderful people I would meet as customers in the bookshop.

“They have been the reason for the bookshop’s success and will be what I miss most when I shut the door for the last time,” she adds, “so while I have put a lot of thought into it, I have decided to close the bookshop, she adds, while delivering the devastating blow.

For anyone interested, the bookshop is doing well financially, and Rachel adds: “There was a report today saying that independent bookshops are flourishing, and that is certainly our experience. A new owner, with energy and vision, could carry the bookshop forward into the next decade and I hope that will happen,” Rachel adds.

“If there is anyone reading this who thinks they would like to own an independent bookshop and is interested in taking it on, do contact me. I would like if possible to sell it as a going concern, so please tell friends and acquaintances about it too,” she urges.”

If no one comes forward I will shut the shop in late spring or early summer. 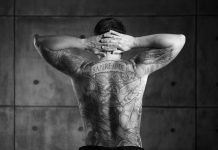 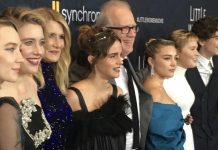