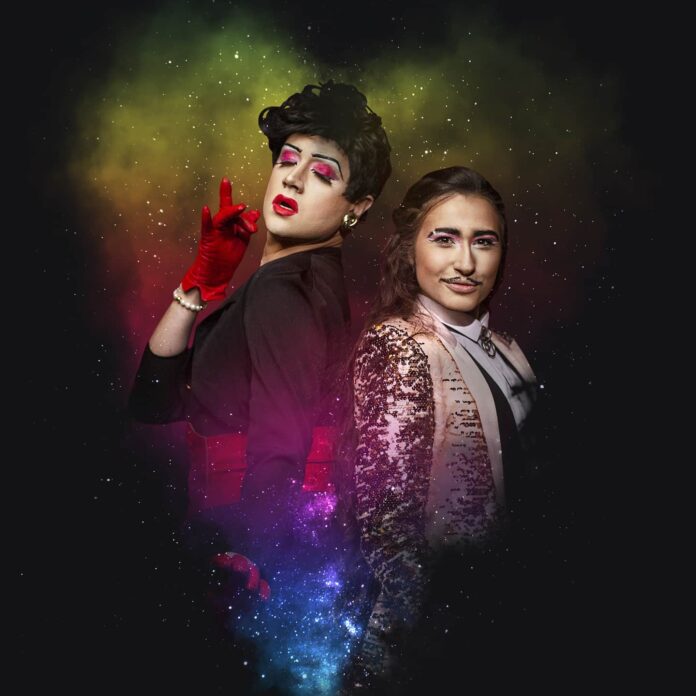 A whole weekend of amazing lockdown comedy streaming is coming to a screen near you next weekend, thanks to award-winning Jericho Comedy, to raise money for Oxfordshire Mind.

With more than ten shows planned across the weekend, the audience can expect to see podcast recordings, live stand-up shows and gameshows.

“There’s something for everyone from stand-up for children, podcasts, dungeons and dragons, drag and two glorious live stand-up galas on Saturday and Sunday, featuring some top comedy names and acts,” Harry Househam from Jericho Comedy told us proudly.

“The aim of the festival is to raise money for Oxfordshire Mind and mental health during this difficult time. So all revenue raised will go straight to the mental health charity and the acts performing,” he continues.

Teaming up with Next Up Comedy, the online comedy festival next weekend comes complete with front row seats and even a virtual beer garden!

Jericho Comedy, voted one of the Top 6 Comedy nights in the UK’ Chortle Comedy Award 2019 and 2020, usually play to packed houses with their weekly comedy nights. But Harry told us that comedy fans are still in for an exciting virtual weekend of really good laughs.

“It’s what we all need, especially now. There has been a real disconnect between performers and audiences, and it could be a long time before we can all huddle into a packed venue again, so it’s more important than ever for people to be able to enjoy comedy,” he says.

He added that Next Up (the Netflix of the comedy world) are not charging anything for the streaming service.

So what can we expect? “There’s stand-up for children, podcasts about drug use, Asian culture, LGBTQ culture, we’ve even got dungeons and dragons, drag as well as two glorious live stand-up shows,” Harry explains.

“There’s something for everyone. The most interactive shows are probably Dragprov digital where the local drag king and queen compose live songs based on audience suggestions on the stream.

He also mentions winner of Best Improv Show at the Leicester Comedy Festival 2020, ‘Chris Betts vs. the audience’, a show where Chris argues the opposite of any position or subject chosen by the audience.

Audience members will also recognise performers from Jericho Comedy shows – Nigel NG performed at the Jericho Comedy gala at the Oxford Playhouse in January, as well as some great names fresh from TV appearances.

Other shows planned for the festival include chat shows and live podcast recordings ‘Daddy Look at Me’ with Rosie Jones and Helen Bauer, ‘Rice To Meet You’ with Nigel NG and Evelyn Mok ‘Driving You Homo’ with Sam Lake and Wayne Carter, ‘Comedy Club 4 Kidz’ with Tiernan Douieb, and a drug chat show with Jacob Hawley, fresh from BBC Sounds hit podcast ‘On Drugs’.

At 8pm each day there will be two live stand-up galas – one musical and one classic. On Saturday this will be a musical stand-up extravaganza hosted by freestyle rap god Chris Turner with musical legends Olley Matthews, Katie Pritchard and Jon Long.

On Sunday there will be a stand-up gala with Sam Lake, Helen Bauer, Chris Betts, and Rosie Jones, hosted by Jericho Comedy’s own Alex Farrow.

Harry added: “We’re incredibly excited to be putting on a digital comedy festival via Next Up. We’ve arranged a great line up of shows, live podcast recordings, streamable chat shows and live comedy, so save the date and watch along for a fantastic cause, because we care deeply about the work that Oxfordshire Mind carry out.

So how do we get involved? “People can buy a ticket and be part of the live audience, there’s even a virtual beer garden between shows where ticket holders can hang out with acts and ask questions, or you can watch the stream of each show on twitch and donate to Mind to help fundraise for the cause.”

Shows will be streamed on Twitch (twitch.tv/nextupcomedy) and Youtube but there is also the opportunity to be in the live audience, interact and be part of the show, giving suggestions and getting the front row exclusives.

“Having a laugh now is more important than ever and people are looking for different ways to be entertained,” Harry adds.

“Comedy is an amazing coping mechanism and does wonders for our mental and physical health, there really are so many benefits to be had from laughing.”

We couldn’t have put it better ourselves, so save the dates and watch along for a fantastic cause.

For the full Jericho Comedy Festival line up, running from June 13/14, go to https://nextupcomedy.com/jericho/