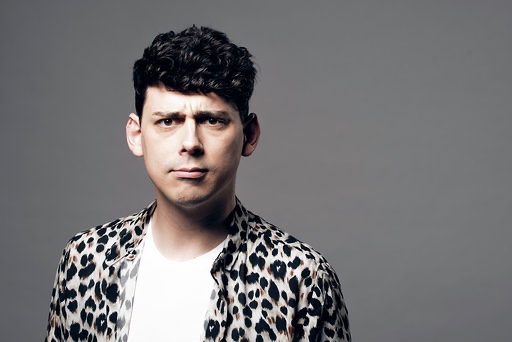 “It’s likely that I will know at least half of the people in the audience, and my parents will be there which can be awkward because of some of my material!” comedian Matt Richardson says grinning.

Following an acclaimed season at the Edinburgh Festival, the multi award-winning comic is putting his latest tour ‘Imposter’ on the road and calling in to Oxfordshire to delight audiences in his home town of Didcot.

“The gig at Didcot is also going to be recorded, so it’s going to be a special evening,” he adds.

Fresh from appearances on ITV2’s The Stand Up Sketch Show, Celebrity Juice, Love Island: Aftersun, and Comedy Central’s Roast Battle, the Red Bull Soapbox host promises a night of hilarious and sharp comedy when he comes to The Cornerstone Arts Centre on February 15.

“Honestly if I can do this anyone can – I am just an idiot really!”

Imposter tells the story of Matt’s adventures in showbiz and television, and how he deals with the imposter syndrome that accompanies these worlds. He doesn’t just feel like an imposter in show business, but in the business of being an adult in general.

“I definitely have imposter syndrome – I know I am an adult, but I still feel like a 14-year-old and I think everyone else feels like that too!”

As for Matt’s comedy heroes, he says: “I love Greg Davies and would pay all my money to go and see him. I enjoy watching other stand-ups but it can be a bit of a busman’s holiday – Greg is brilliant. When I booked him for an annual charity gig to support autism chartities it was a massive thrill. He makes it look easy, effortless and like he was so born to do it.”

The same could be said for Matt as he has, by his own admission, been playing too a crowd and making people laugh since he was a teenager.

Born in Oxford, Matt’s childhood was spent in Didcot and he comes back regularly to keep in touch with friends and family.

“I was born to show off in some capacity and always wanted to do stand up. It’s a great job and not really like work – I can sit around in my PJs and watch Netflix!” he says.

We all know there’s more to it than that! “OK, there is a fair bit of travel involved but I love it. If it all ended tomorrow, I would be happy because I honestly didn’t know how it was all going to pan out.”

And yet Matt’s popularity is only on the up. “You have to commit to it. I am not from a showbiz family at all, and you can feel very closed off sometimes if you are not from that background.

“But there are opportunities out there, and if you are good you will get booked,” he advises.

“I think it is easier to get into comedy than other things. I started out with people like Romesh Ranganathan and Rob Beckett and we have all done well but I remember booking Rob to do one of my gigs for hardly any money!

‘Honestly if I can do this anyone can – I am just an idiot really!”

As for his popularity, Matt said: “I think we need comedy more than ever, especially when things are bad or uncertain. I started working as a stand-up just after the recession and everyone needed a distraction.”

He acceded that comedy goes through different stages though: “Some things do fall out of fashion. At The Edinburgh Fringe I saw deconstructed comedy, and before that it was clowning, but I think if something is funny it just stays funny!” Matt Richardson included.

Catch Matt Richardson in Imposter at The Cornerstone Arts Centre in Didcot on February 15.