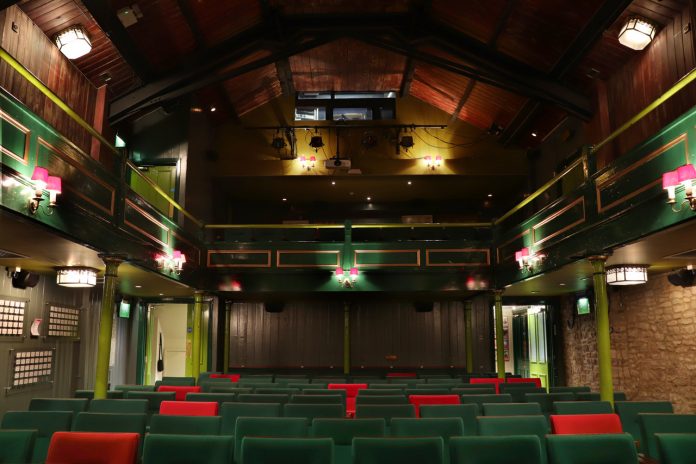 As The Theatre in Chipping Norton closed yesterday indefinitely, it launched its Head Above Water campaign, which says everything you need to know about its current situation.

And yet when its staff began ringing the hundreds of customers affected by the closure, 75% of them donated their ticket sales to keep the theatre in business until the coronavirus mist has cleared.

“I think by being frank, honest and up front with people, they know where we are and what the situation is. And yes, we need people’s help to come out the other side”

“We were very touched,” John Terry, Artistic Director, told me. “Time and time again I heard my staff on the phones saying ‘If you’re sure. That’s very kind’, and it really restores your faith in humanity and our amazing community here in Chipping Norton.”

That’s not to say the theatre is out of the woods yet though, by any means. Only a tiny percentage of their income comes from government funding, the rest from ticket sales.

To donate to The Theatre Chipping Norton’s Head Above Water Campaign go to https://www.chippingnortontheatre.com/head-above-water or ring the box office on 01608 642350

“We make our own work, we tour our own work and we showcase work coming to us. But the decisions we have had to make in the last three days have been unprecedented.

“We have had to cancel our national tour of Jeeves and Wooster which still had eight weeks left, although we will remount it in Spring next year. And then we had to make an immediate decision about closing the theatre until at least the end of April, possibly longer.

“So we are just taking things one step at a time,” he says.

And while the 214 seat theatre which welcomes almost 50,000 people a year, has a small financial buffer, its not enough to tide it over indefinitely over the coming months.

“We have some reserves but I can’t pretend this isn’t an enormously daunting challenge facing us now, because we are a public funded organisation,” John adds.

“We receive crucial public authority funding, but this makes up just a few percent of what we need to survive.

“So this is certainly the most challenging period we have come across, considering we are by definition a non essential social act – hence the Head Above Water Campaign.”

So tell us about that: “It’s as much a message as an appeal,” John adds, “because the theatre really is a community building. When it was first refurbished by Tamara and John Malcolm in 1973, they went from house to house asking for a pound towards the conversion, so we feel that the residents are invested already.

“Of course we will be looking at ways to entertain the community in other ways during this difficult time. But we don’t have the equipment or technology, for example, to livestream our shows.”

So what now? “It’s just a question of reminding people that if they want us to still be here when this is over, we would really appreciate their support, to literally keep our heads above water.

“I just think by being frank, honest and up front with people they know where we are and what the situation is. And yes we need people’s help to come out the other side, so we are appealing to the community to support us during this difficult time to ensure the future of their theatre.”

Due to announce the Christmas panto any day now, John says it would be disastrous however, if the theatre is still closed this winter. “It’s a mission critical that the 18,000 people who pour through our doors to watch our panto every year do so in 2020. That would certainly be a make or break situation, but otherwise, once we get the go-ahead we can resume business again very quickly.

“Things are changing so dramatically from day to day, but my priorities are to look after my staff and audiences.”

To donate to The Theatre Chipping Norton’s Head Above Water Campaign go to https://www.chippingnortontheatre.com/head-above-water or ring the box office on 01608 642350 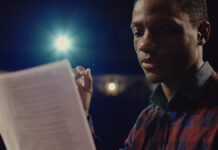